Takeshita-dori: the main street of Harajuku

Takeshita-dori: the main street of Harajuku

Takeshita-dori is the most popular (and most crowded) street in the Harajuku district. It is known for being the heart of the Kawaii culture in Tokyo.

Takeshita-dori, literally “street under the bamboos”, is a road that crosses the Harajuku district for half a kilometer. It is located just at the gates of Harajuku station, making it a place of passage for people visiting this Tokyo neighbourhood known for its influence on Japanese pop culture. 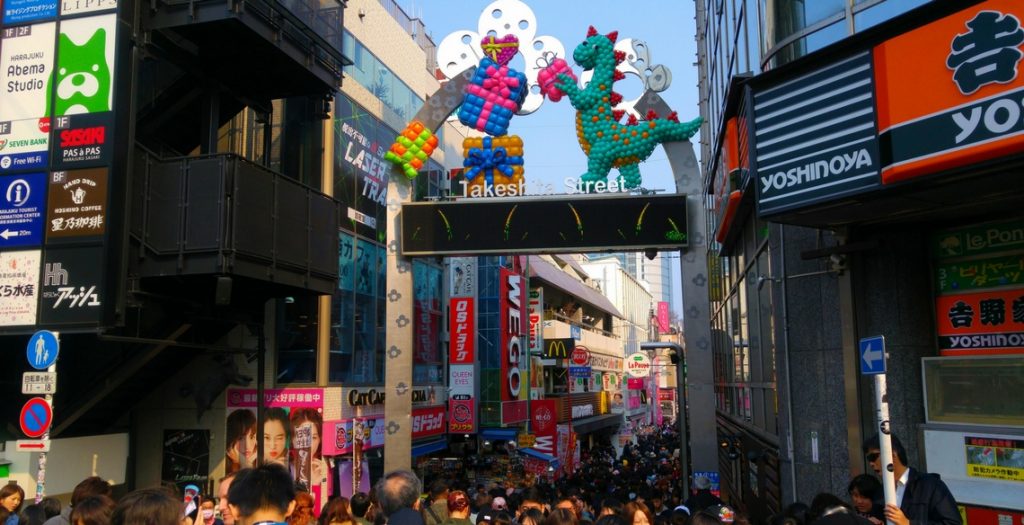 Indeed, Harajuku is known to be the landmark of many Japanese subcultures, the best known of which is the Kawaii culture. This trend is characterized by the abusive use of cute images and things by young girls adopting childish attitudes. This Japanese fashion is found in all the aspects of the culture, leaving its mark in the music as in the clothing industry. 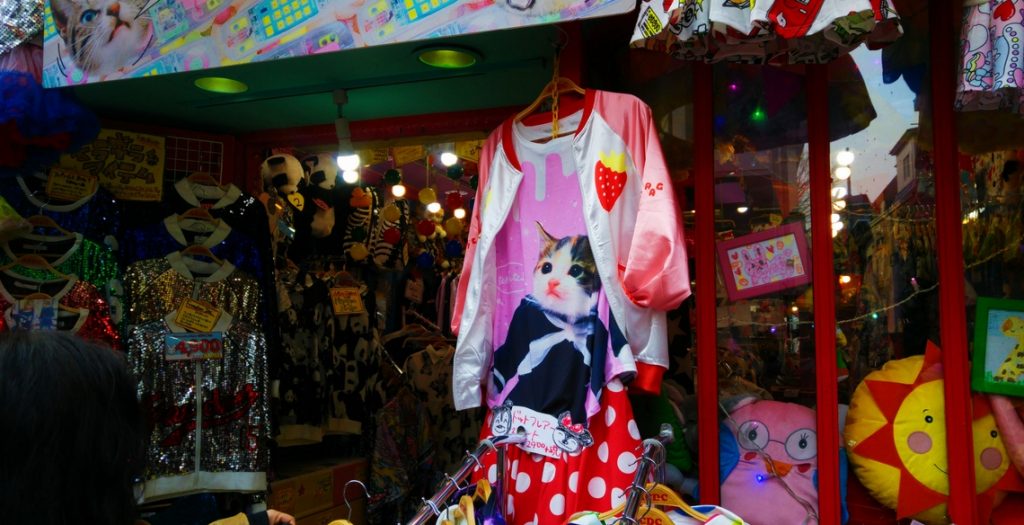 When you go to Takeshita-dori you are surrounded by this sweet pink culture. The shops sell clothes with cats. You can buy strawberry-shaped pins or hats with teddy bear ears. You can also eat rainbow cotton candy with Kyary Pamyu Pamyu … All of this is possible in Takeshita-dori!

Seriously ! It is like a unicorn had done a magical fart on this piece of Tokyo and the neighbourhood has not recovered yet. 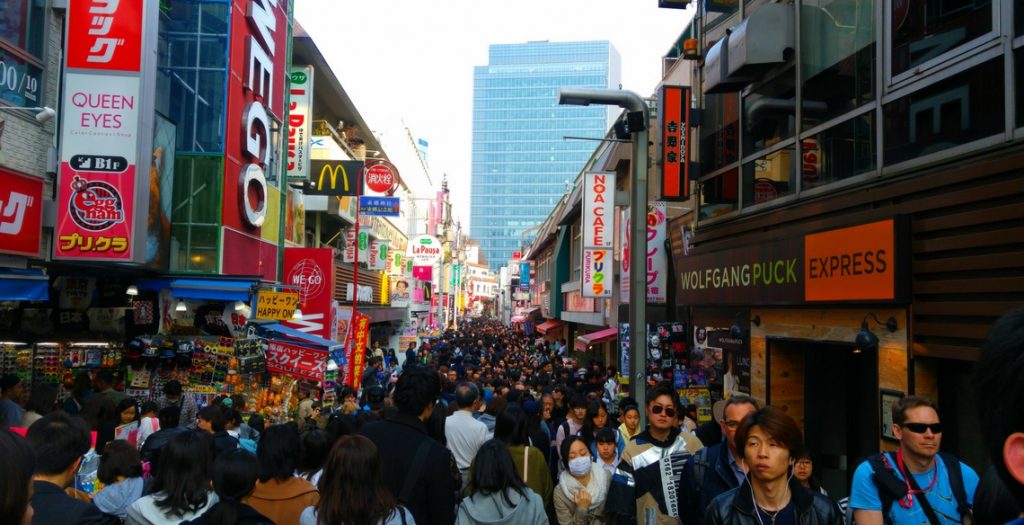 As I said earlier in this article, Takeshita-dori is a must-see place in Harajuku. The street is always crowded during weekends. The tourists who venture there will have to walk by following the slow pace of the young girls who go to this trendy district to do window shopping while eating pancakes or cotton candy.

It is an experience similar to taking public transportation in Tokyo during peak hours. Except that sweaty salarymen give way to the gothic lolitas smelling strawberry.

How to get to Takeshita-dori?

Takeshita-dori is just at the gates of Harajuku station. You will not miss it. You can take the Yamanote, the circular line of Tokyo, to get to this station.

The Meiji-Jingumae Station is also nearby. It is served by Fukutoshin and Chiyoda subway lines.

The bravest can also consider to walk to Takeshita-dori from Shibuya and Shinjuku districts, which are each a 15-minute walk away.