Ginzan Onsen is a village in the prefecture of Yamagata known for its thermal baths. The town is steep and offers a short stroll through the forest that ends at a silver mine. This cave has given its name to the town, since it means “The thermal baths of the silver mountain”.

The thermal baths of Ginzan Onsen are renowned throughout the Tohoku. This small village dedicated to relaxation is in the middle of a mountainous area. Nature envelops the unique street constituting this charming village. Seen from the outside, the buildings seem to have been here for centuries. The noise of the river which flows along this street only increases the Zen side of this place. 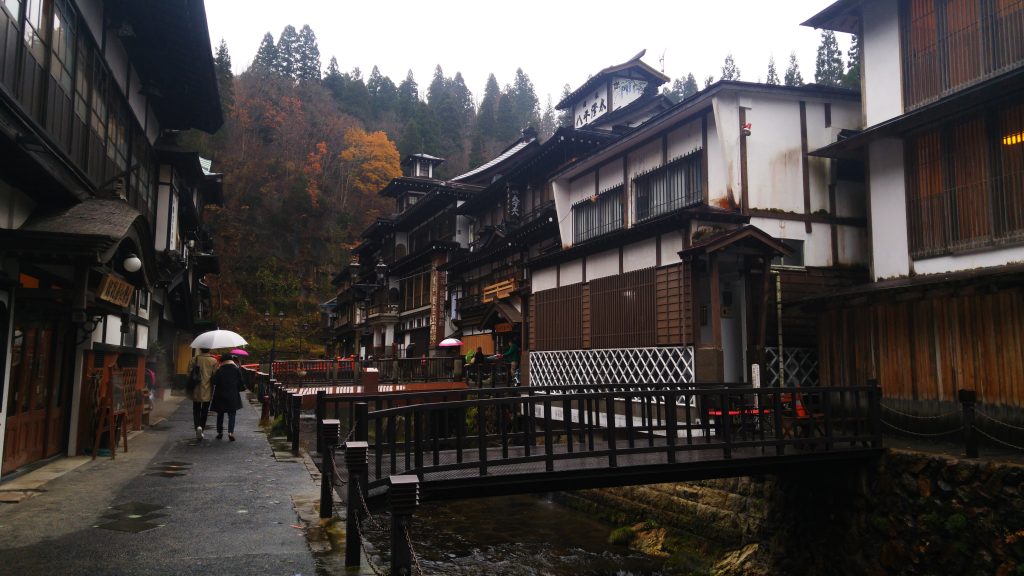 The village consists of a single L-shaped street. Well, that’s all.

The only street in Ginzan Onsen is a succession of hotels, traditional restaurants and souvenir shops. All hotels in the village have their own private onsen. No problem if you do not spend the night in this place. You can pay only to have access to the hotels’ onsens.

Do not expect to find onsens outside. In Ginzan, there are only indoor thermal baths resembling public baths that can be found in all major cities of Japan. It is rather a shame. Especially if you were hoping for an extraordinary experience by being in communion with nature (like a hippie).

The path to the mine is really nice. The people on the picture agree.

Besides the small village, Ginzan hides a small walk in the forest that leads to a few points of interest. The most important remains the silver mine that gave its name to the village.

By starting this little adventure, you will feel very quickly in the middle of nature. Even if the whole path is paved. The route follows a river that will surprise you with its many waterfalls. 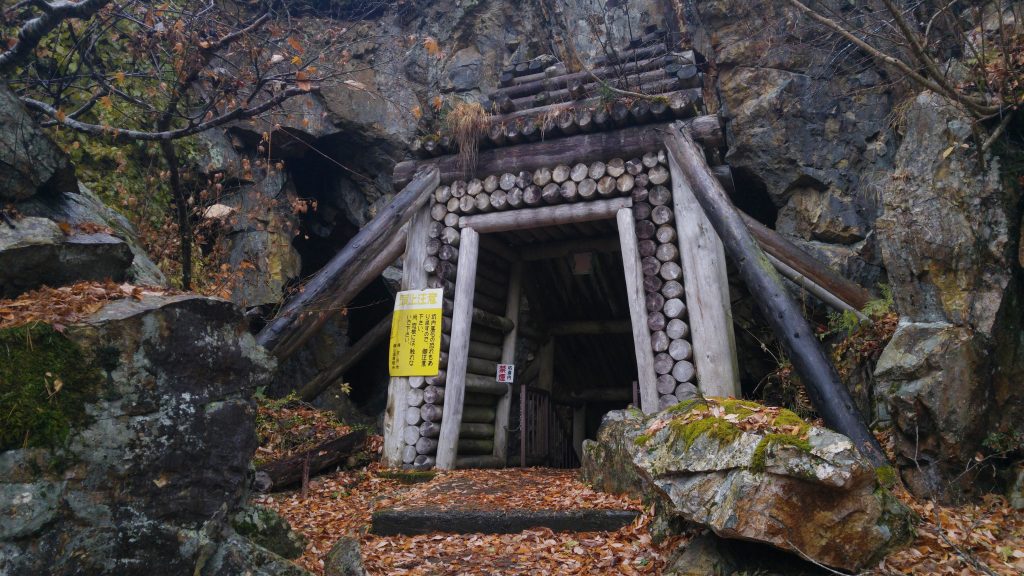 The entrance of the mine. I accomplished a side quest to gain some experience there.

The silver mine is actually quite small. It takes less than five minutes to cross it. The interior is illuminated and the road is not perilous. You can go there without fear.

What we thought about Ginzan Onsen

Ginzan Onsen is a perfect tour if you want to relax in a typical Japanese atmosphere. You will hardly come across foreign tourists here, which shows that this place is still unknown to most tourists.

Ginzan’s onsens are all owned by hotels. I was a little disappointed as they are all indoors. They look more like public baths than marvelous outside onsens. You know, those where monkeys pee in the pool, with impunity.

In addition, the small stroll in the forest to visit the mine can be nice to do on sunny days. Which was not my case when I went there.

How to get to Ginzan Onsen?

Ginzan Onsen is not directly served by a train line. You will have to use another means of transport to reach this small steep village of the Yamagata prefecture.

If you do not have a rental car, the easiest way is to get to Oishida Station. This station is easily accessible from Yamagata, as it is on the Ou line, which also passes through the main station of the capital city of the prefecture.

From here you will have to take a bus that will take you directly to the spa, in just 35 minutes. The bus stop is on the station square, on your left when you leave Oishida station.

Be careful, most of the directions are not translated into English, so at least note the name of the place in Kanji, to be sure you do not take a bus that will bring you somewhere else. To help, Ginzan Onsen is written “銀山温泉”.