Vans, the brand preferred by skaters released a series of shoes and clothing with the colors of the most famous Nintendo licenses.

The partnership between the American brand and the Japanese video game giant plays with our nostalgia by exploiting the sprites of the most significant video games from the legendary NES console. The retrogamers will not resist! 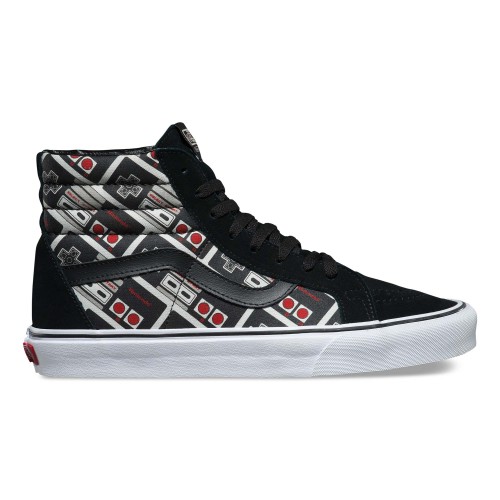 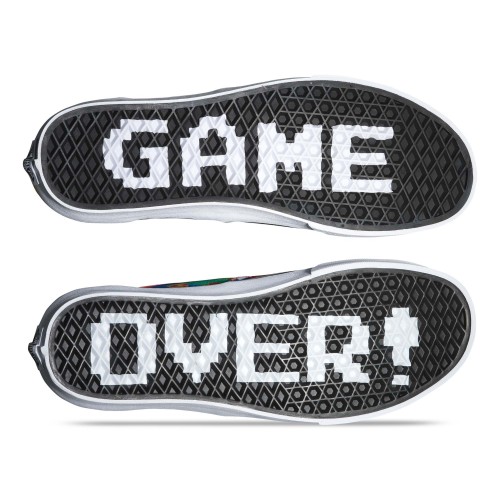 This collection is exceptional considering that Nintendo is pretty stingy with partnerships. And for once, Vans seems to have convinced them, because that is thirty products inspired by Nintendo that came out. 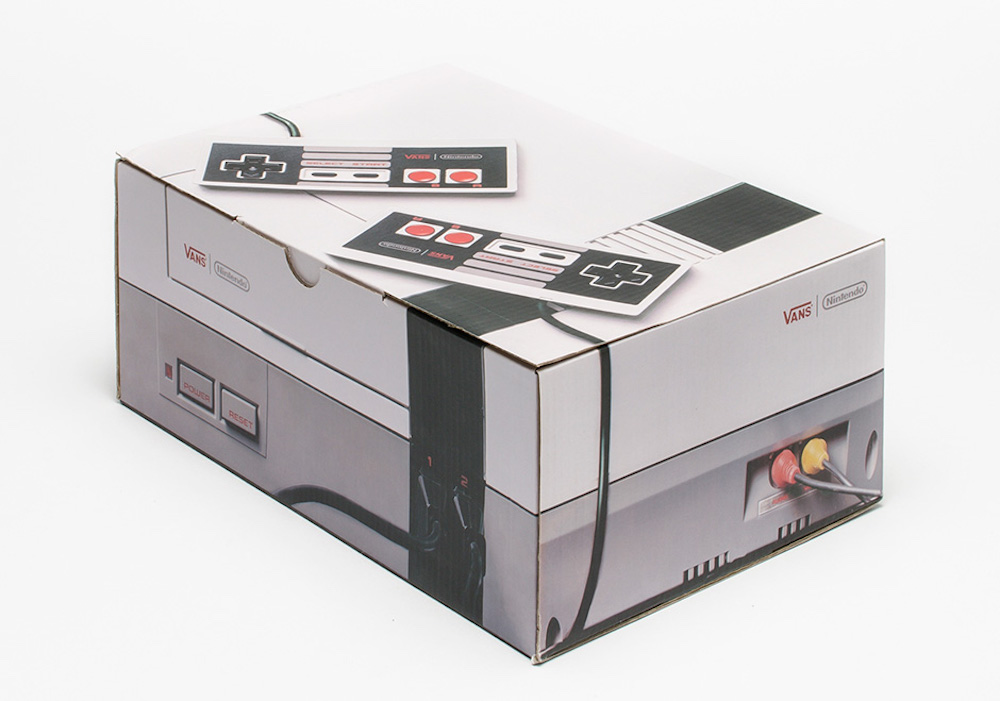 The shoe box will please geeks, and will certainly become a sacred object for many of us.

These items are available since several days for Vans newsletter subscribers, and they are now avalaible for sale to everyone. Fortunately, there are still many available models, which will eventually become collectors as long as you are ready to not open the sublime shoe boxes which recapture the design of the first Nintendo home console. 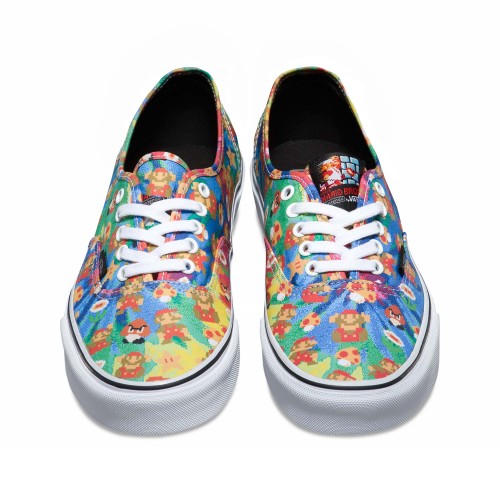 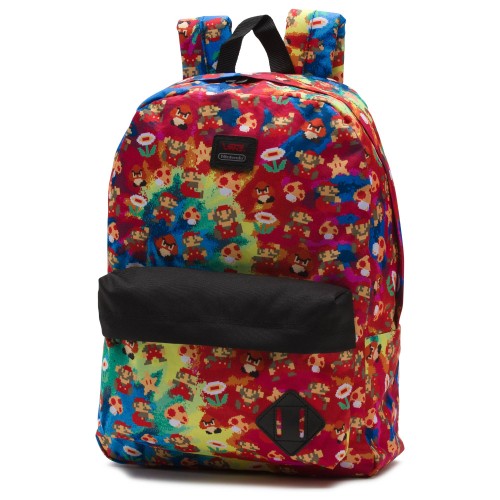 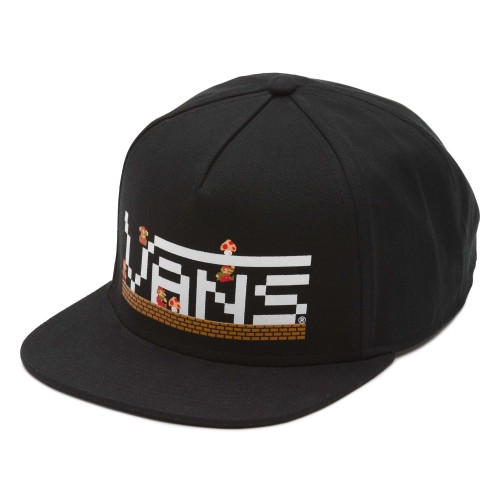 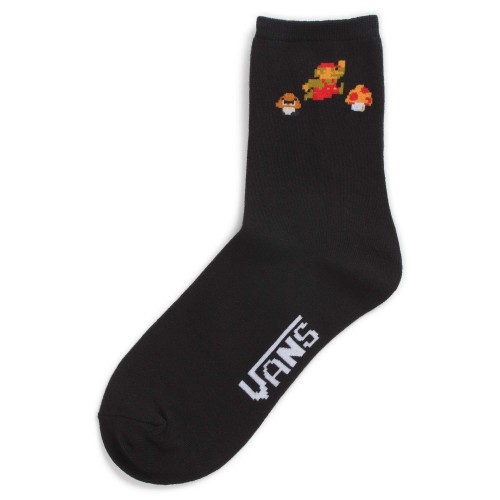 You guessed it, Mario, the famous Italian plumber, is in the game. We find his face and that of the vilest Goomba on shoes, a backpack or a cap betraying neither Vans branding nor Nintendo‘s flagship license. However, the psychedelic background reminds us that we are in front of items made by a brand that has dressed hundreds of skaters during the last decades. 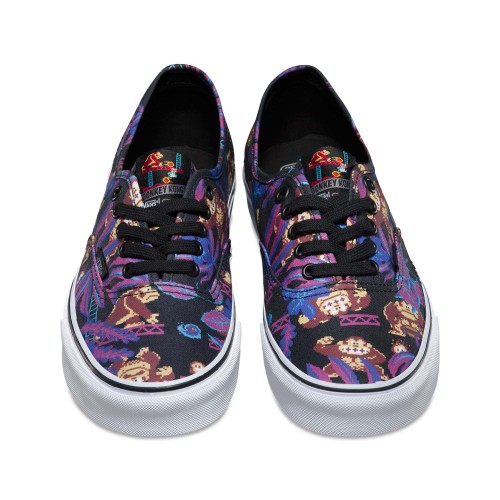 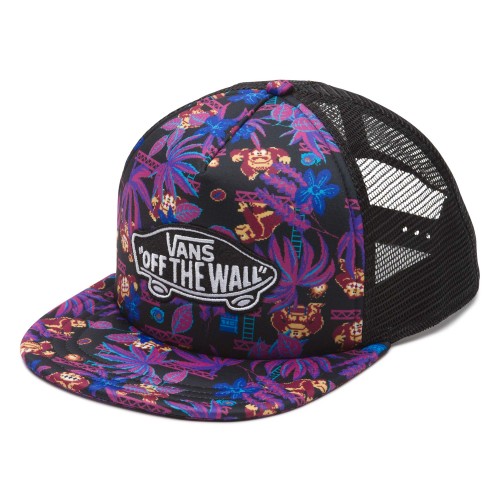 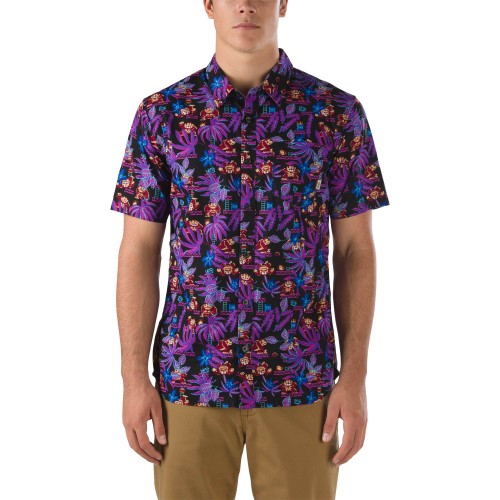 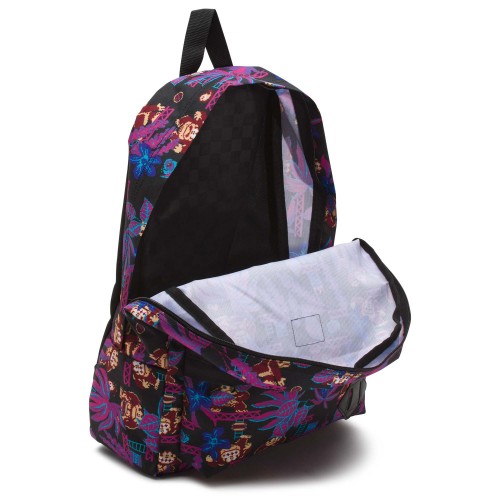 Donkey Kong, the first opponent of Mario, is also entitled to his adaptations made in Vans, with tropical patterns from the famous eponymous game “Donkey Kong”. It makes indeed a terrific Hawaiian shirt! 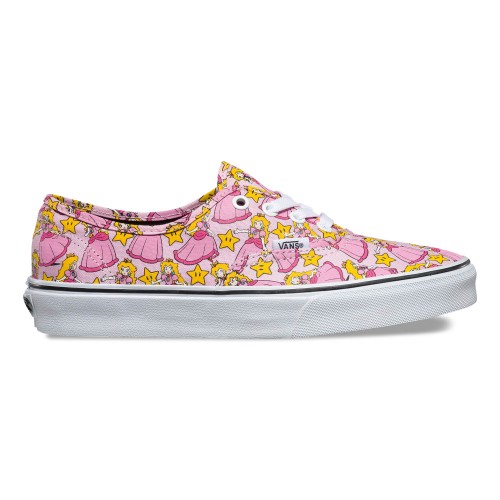 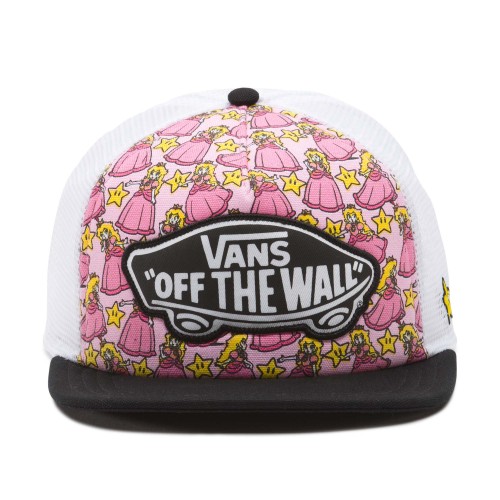 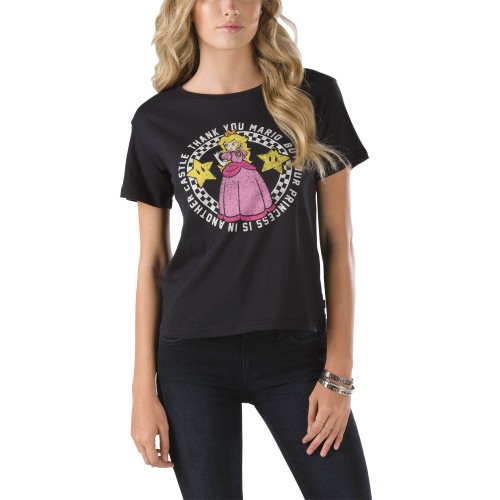 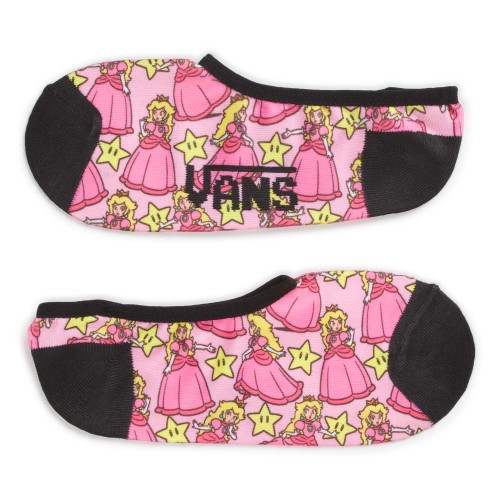 The female characters are not left out (or almost), with bright pink patterns dedicated to Princess Peach. As you might expect, this line is more aimed at women.

A The Legend of Zelda Vans backpack 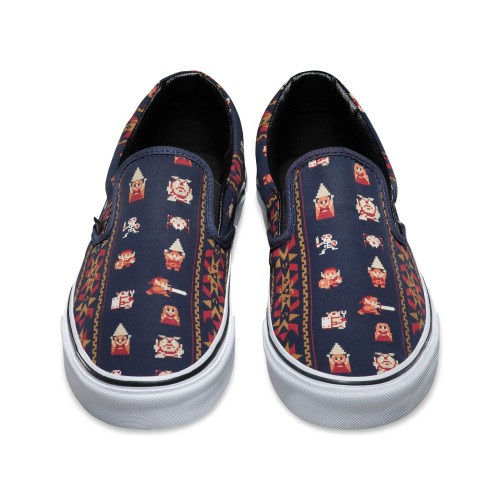 The Legend of Zelda shoes 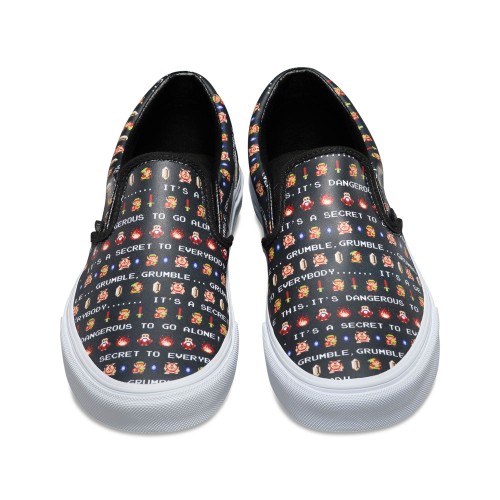 Other The Legend of Zelda shoes 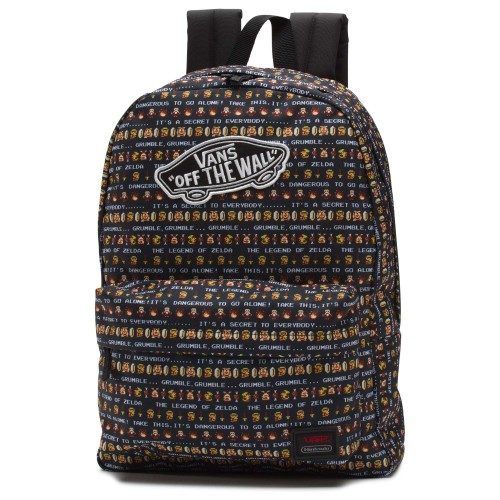 The Legend of Zelda backpack 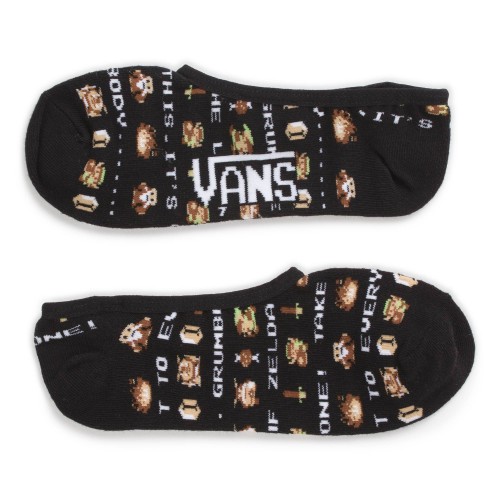 The Legend of Zelda bobby socks

The Legend of Zelda, my favorite Nintendo license, is also honored with items incorporating the sprites of the characters from the first game of the series. We also find on it emblematic sentences of this opus, including the famous:

“It’s dangerous to go alone! Take this”
A weird guy with a cold weapon in a dark cave 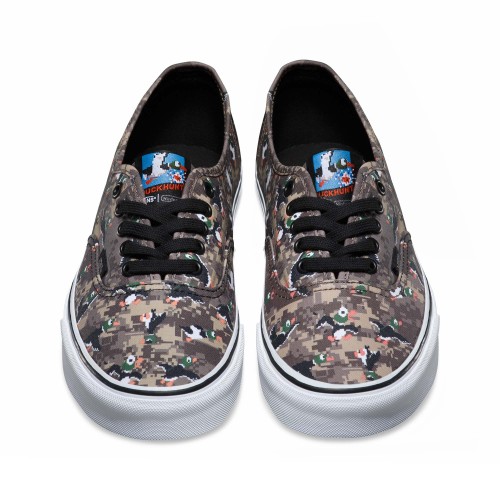 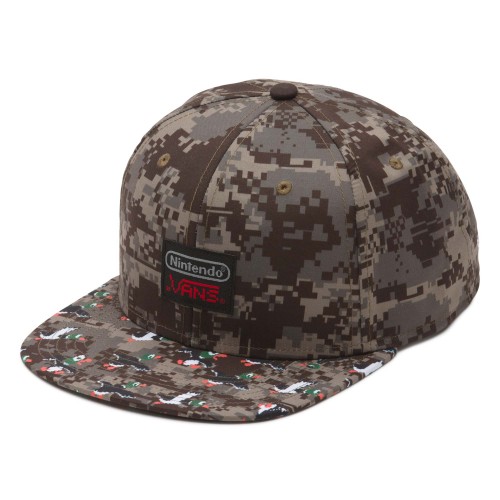 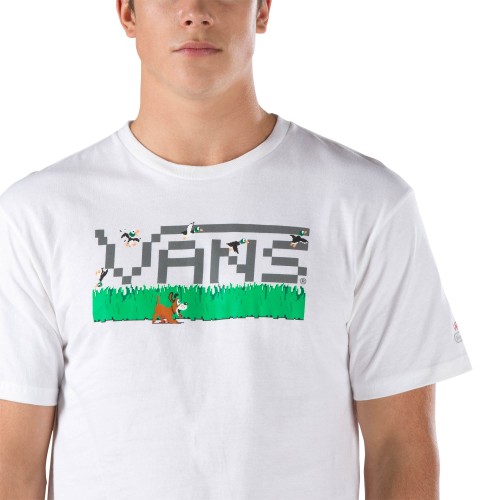 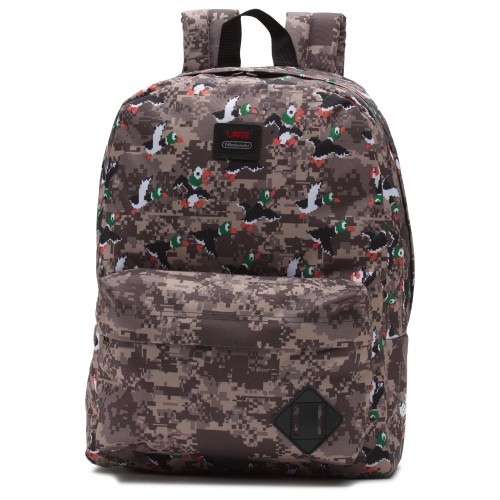 Only real gamers know Duck Hunt. In this NES game, even more realistic than the last Call of Duty, the player was equipped with a real gun-shaped joystick, and he has to shot flying ducks on his CRT screen.

This cartridge has made me the serial killer I am today. But let’s not go into the debate of violence in video games because we are facing a video game that revolutionized the home video game console industry by offering an immersive experience with an orange and white PVC gun.

You can find all of these items and much more on the Vans website. Do not click the link if you’re a nostalgeek. If the temptation is too strong, keep in mind that you need to save a few pennies to hope to eat until the end of the month.