Tojin Yashiki is the former Chinese trading post of Nagasaki. It has long been the only point of contact between Japan and China.

Despite its great history, this district is not put forward by any tourist guide. This is felt when you visit it, since you may find yourself strolling alone in its charming narrow streets.

If all the tourists visiting Nagasaki are eager to go to Dejima, the artificial island that served as a trading post for the Dutch, and to the Chinese district of Shinchi, few make a detour to Tojin Yashiki. This lively neighborhood is full of history. A history that has a direct link with the two previously mentioned places.

Nagasaki, the only door to the world 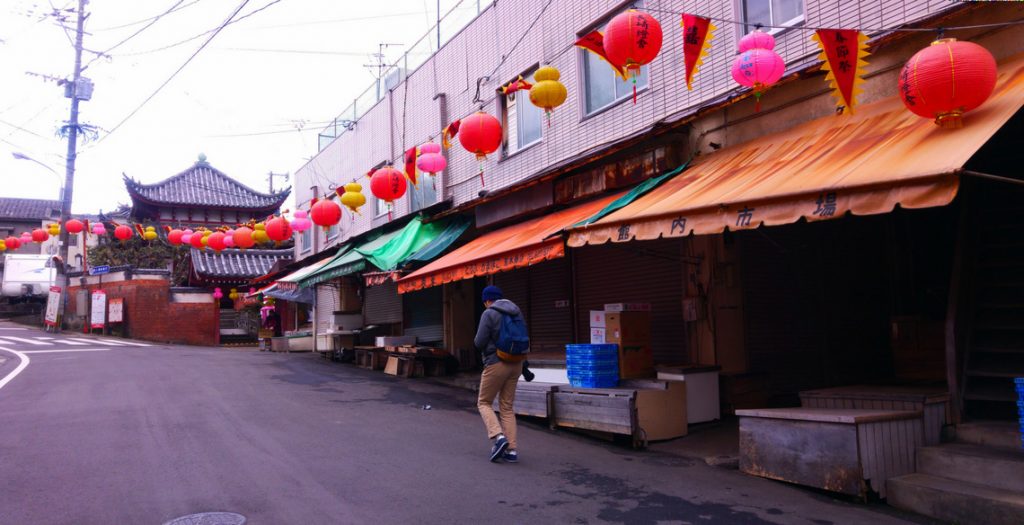 During the seventeenth century, Japan finally acquired political stability, with the establishment of the Tokugawa shogunate. In order to sustain its power, the Tokugawa family decides to institute an isolationist policy which has the effect of completely closing the trade routes that many Japanese port cities had with their Asian neighbors and the new European colonial powers, in particular the Portuguese and the Dutch.

Nagasaki was the only city that deviated from this rule. The city in Kyushu remained, for two centuries, the only Japanese port open to foreign ships. This trade was governed by very strict rules, so foreign merchants could not circulate freely in the country, or even in the city. The European and Chinese merchants were confined to well-kept quarters: Dejima for Portuguese and Dutch merchants, and Tojin Yashiki for Chinese traders.

The differences between Dejima and Tojin Yashiki 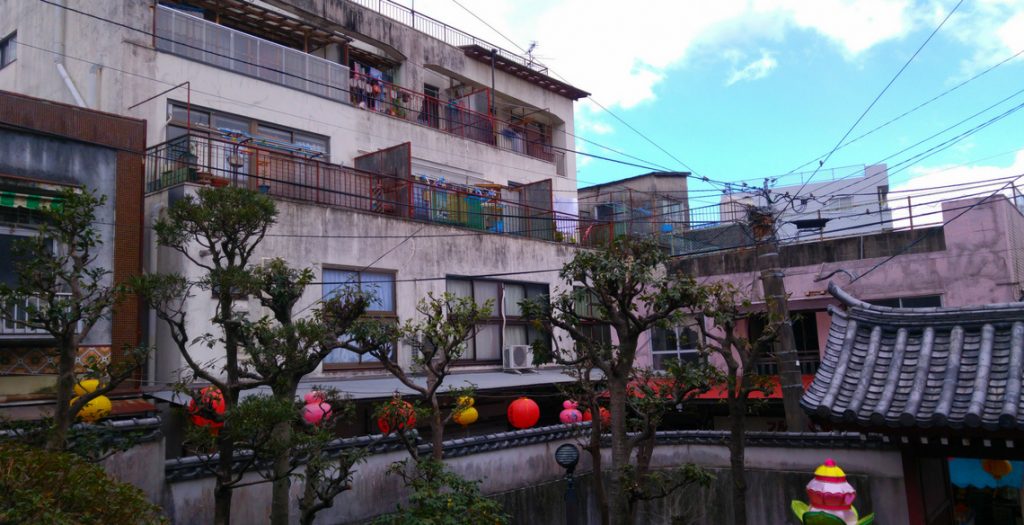 These two enclosed spaces were only inhabited by men. Indeed, foreign merchants had no right to bring their families to Japanese soil. If the Europeans could spend some crazy nights with the courtesans of Nagasaki’s pleasure quarters, the Chinese unfortunately did not have that chance.

It is possible to compare the two trading posts on other aspects. For example, Chinese living in Tojin Yashiki could go out much more often than their Dutch counterparts. Notably to visit temples of Chinese inspiration located in Nagasaki. These visits were always accompanied by escorts of Japanese officers responsible for monitoring the actions of foreign merchants and ensuring that they did not escape to do illegal tourism in the Land of the Rising Sun.

Another major difference was that government officials negotiating with Chinese merchants were mostly descendants of Chinese migrants. This certainly facilitated trade, despite the very strict shogunal laws.

It should also be noted that Tojin Yashiki was twice as large as the island of Dejima. This is due to the fact that Chinese merchants as well as their ships were much more numerous than the European merchants and their fleet. 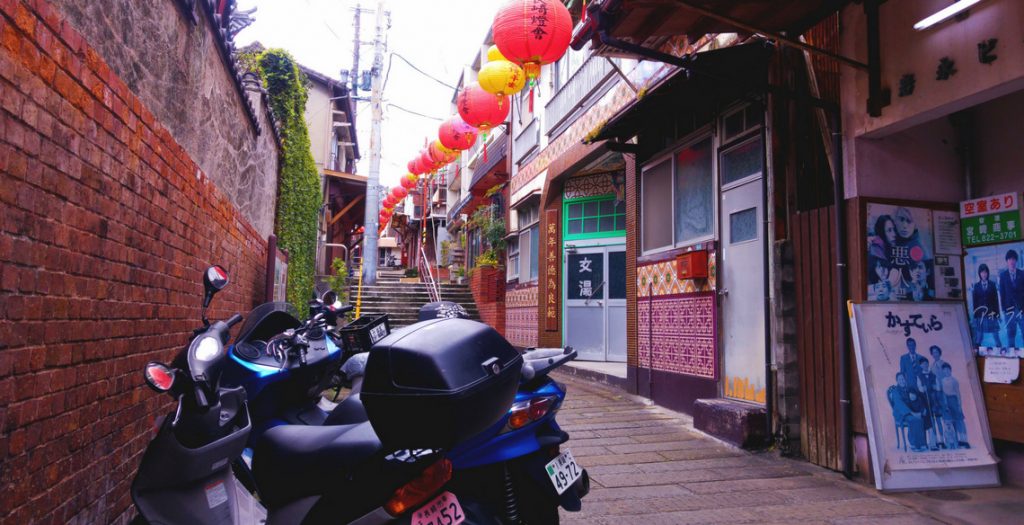 The reasons that led the Japanese authorities to seal off foreign traders in ghettos are also very different. The shogunate saw European merchants as potential Christian missionaries who could undermine Japanese social cohesion. It is also for this reason that this western cult was banned for two centuries.

As for Chinese traders, the Japanese authorities decided to limit their access to the territory to regulate trade. During the sixteenth and first half of the seventeenth century, trade with the Middle Kingdom exploded, but much of it was smuggled.

1868, the end of trade restrictions 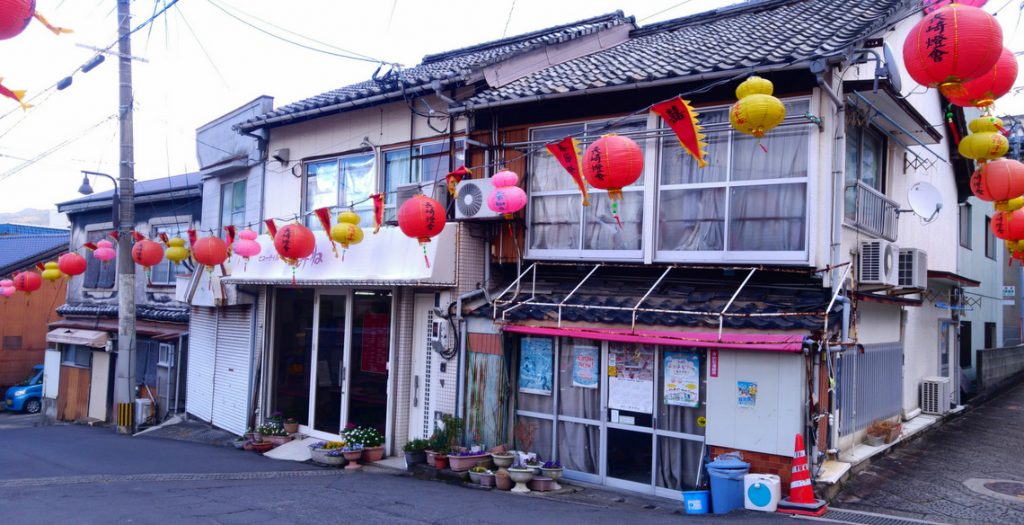 The Meiji Restoration has gradually reopened the country to international trade. The interest of the neighborhood disappeared in 1868, when foreign merchants could again move freely in Japan. It is also at this period that the present Nagasaki Chinatown was born, just a few meters from the ancient Chinese ghetto.

Today, the area is a rather dilapidated residential area. But that’s what gives it all its charm. The few monuments in Tojin Yashiki are worth a visit. Especially since the new chinatown is really not very far. 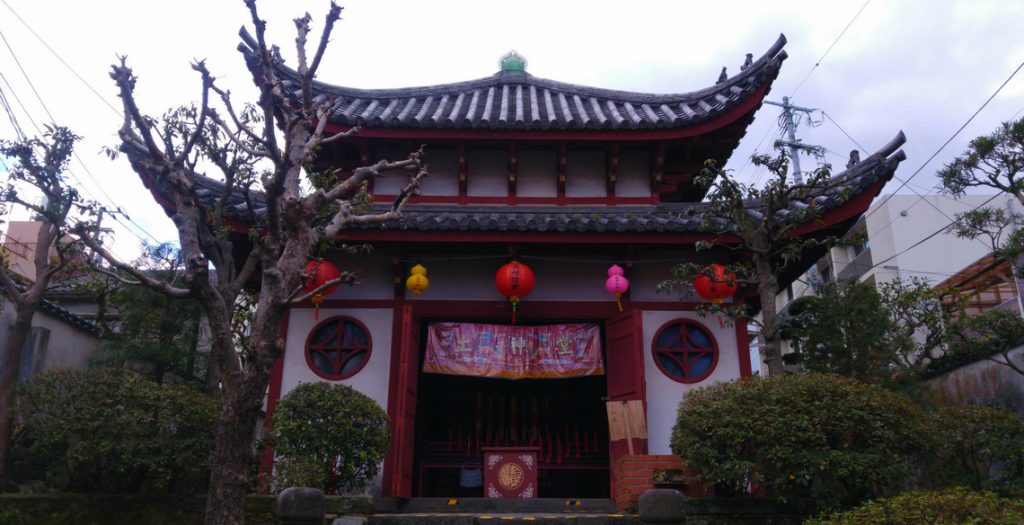 This temple built in 1691 is dedicated to Fukutoku, god of the earth, also known as Daikoku in Japanese. He is one of the seven gods of luck. 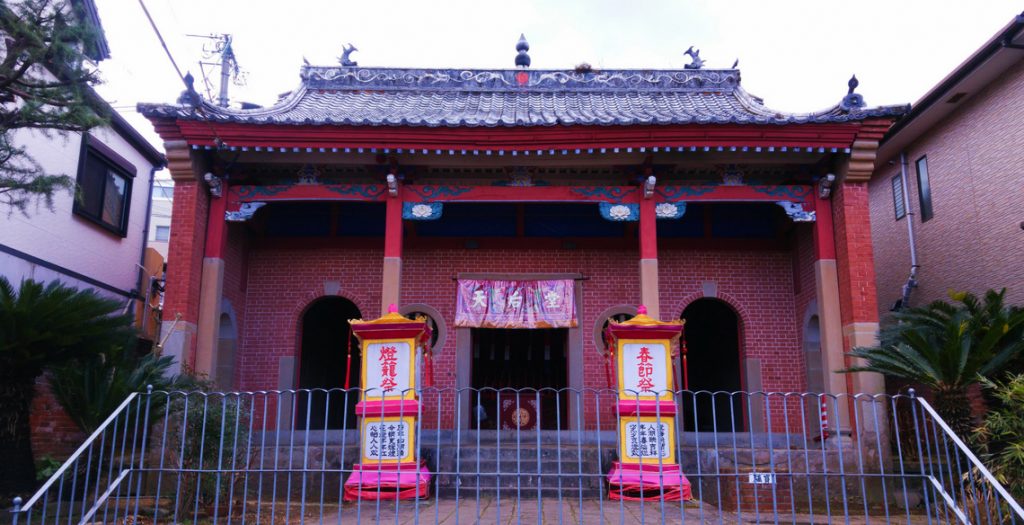 This temple was built in 1736 and honors the goddess Mazu who protects the navigators during their travels. The presence of this temple in Nagasaki therefore seems indispensable when one knows the strategic importance that the city had on trade between the Empire of China and the Japanese archipelago. 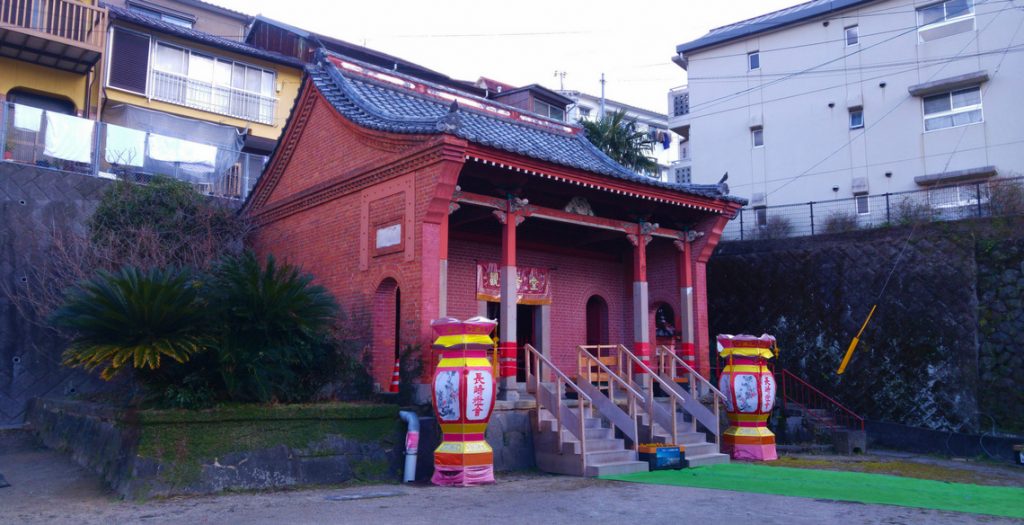 As its name suggests, this temple of Okinawa inspiration is dedicated to the famous goddess of compassion: Kannon.

The Fukkenkaikan, which could be translated as “Fujian Forum”, is one of the most imposing buildings in the district. It played the role of a public square in which Chinese merchants met daily. Its name comes from the fact that most Tojin Yashiki merchants came from the Fujian region, in southern China. 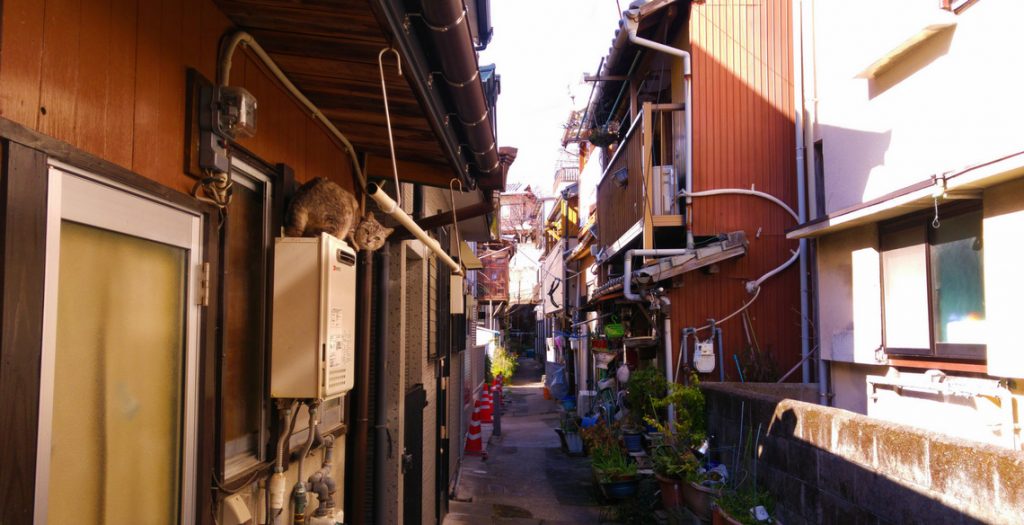 The most interesting part of Tojin Yashiki‘s visit does not lie in the contemplation of its monuments but rather in its narrow residential streets. When I went there they were mostly deserted. I occasionally meet the grandmothers who live on this Nagasaki hill, but most of the time I was alone to admire the alleys of decrepit buildings that gives its charm to this neighborhood.

The old trading post is totally different from the new Chinatown which is overcrowded. My recommendation would be to lunch in Chinatown then visit Tojin Yashiki.

How to get to Tojin Yashiki ?

Tojin Yashiki is only a few minutes walk from the new Chinatown of Shinchi. The nearest tram station is Tsukimachi.