A look at photography in Japan

A look at photography in Japan

Here we will not speak about Asian tourists who photograph monuments, shops and bus stops of all kinds in Paris or New York. Especially since a large part of them are not even Japanese. Instead, I will discuss the strong and diverse ties between Japan and photography. Get your camera ready !

The genesis of photography in Japan

While photography was born with the “View from the window at Le Gras” by Nicéphore Niépce in 1826 (OK, there are some doubts, but we will avoid to discuss about them here), the photographic process arrived relatively quickly in Japan, during the second half of the nineteenth century. Thanks to the various “treaties of frendship and commerce” concluded in the middle of this century.

Two branches of photography may be distinguished in Japan then: 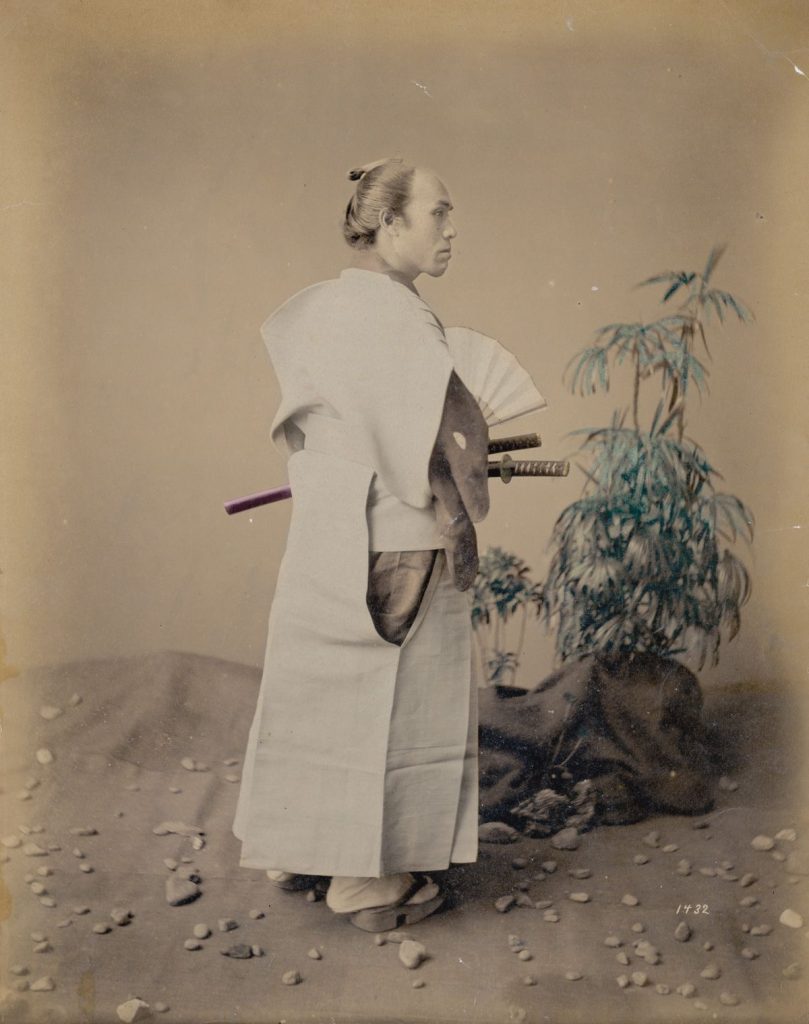 This man needed a bit of color in his life. Image : Hulton Archive/Getty Images

The sweetness of tones and simple but very effective compositions are reminiscent of Japanese woodblock prints, which have deeply influenced the image culture in Japan at that time.

From the 1880s, amateur photography grows in parallel, helped by the emergence of new methods technically and financially more accessible. Therefore, photographic art will develop between pictorialism and new vision, but History won’t help this growth.

Indeed, the various wars Japan experienced in the first half of the twentieth century will transform the face of Japanese photography.

From photojournalism to an artistic renewal

On leaving the traumatic conflict that was World War II, the photojournalism is highlighted at the expense of artistic trends. This is explained by the fact that photojournalism has supported the government in power during the war.

The result is a large number of truly startling reports in a country traumatized by nuclear weapons. We can mention Shomei Tomatsu‘s work on the devastated city of Nagasaki, but he is not the only one to have poignantly seized the post-war Japan. 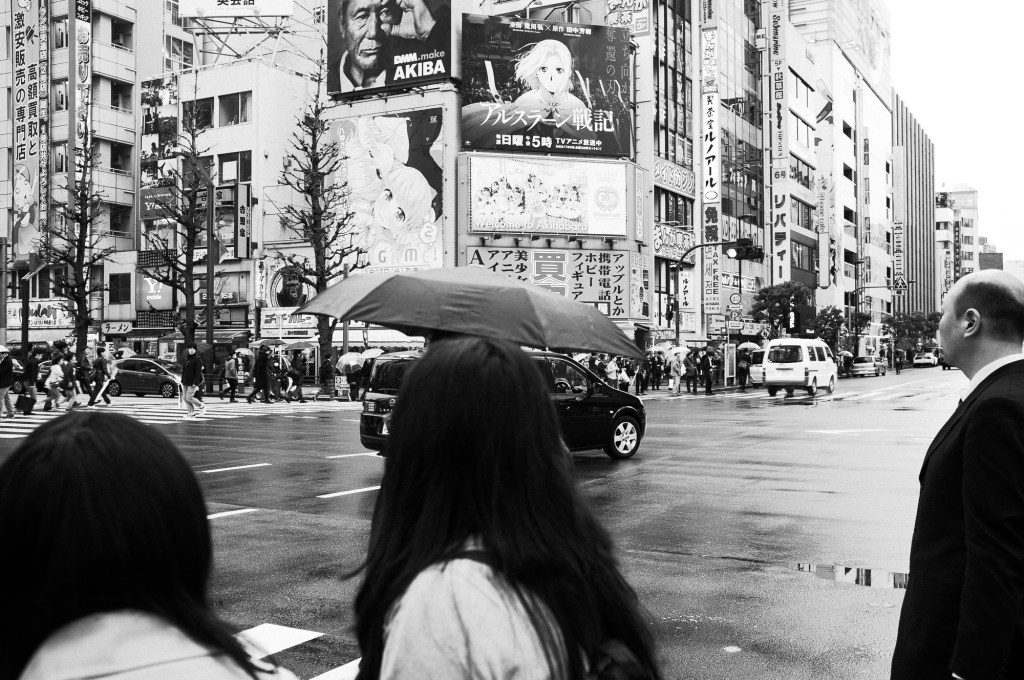 Snapshot of a day in Tokyo

After this period, a new generation of Japanese artistic photographers will emerge to hold a prominent place on the international stage. Then, photography became a major art in Japan.

The aesthetics favored by this new generation is variable: from the contrasted black and white recalling photoreports of the past, to photos with soft colors bringing more peaceful emotions.

The power of the Japanese photographic industry

Culturally, the Japanese are also very close to photography because Japanese manufacturers have long been market leaders. They certainly do not have the aura of the Swedish or German brands, but monopolize the extreme majority of amateur and professional markets.

It is certainly not necessary to present brands like Canon or Nikon, you already know them. In addition, specialized brands in electronics, such as Sony, continually bring technological innovations to the market of photography. 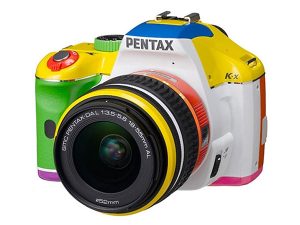 Where can we sell this? In Japan of course!

Some brands even create products tuned for the Japanese market. For example, series of extremely colorful reflexs was launched a few years ago by Pentax.

Japanese cameras are not only found in specialized stores, they clearly flooded popular culture.

Movie fans will have the chance to meet these devices in many films. These include the Nikon F (who won its spurs thanks to it reliability during the Vietnam War) in Full Metal Jacket, a cinema monument, but it is far from being the only movie in which a Japanese camera appears. 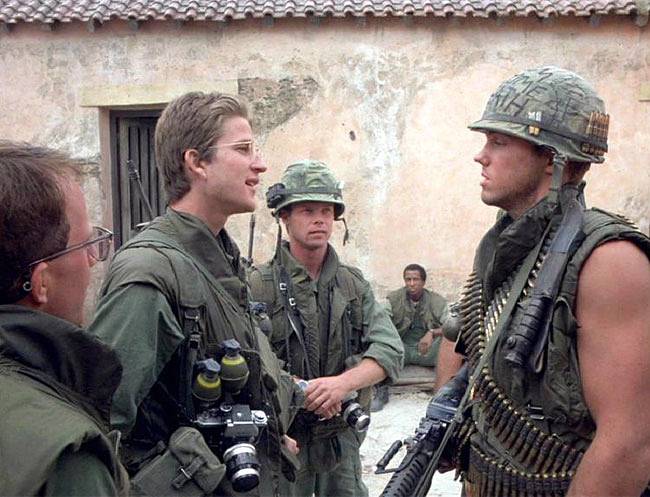 All of this has helped to anchor various Japanese cameras in the collective imagination (professionals were already convinced), and place the Japanese brands at the forefront of the general public.

However, the society is changing quickly in Japan, and young Japanese now see photography as an entertainment. If you have the chance to stroll through a busy area of a Japanese city soon, do not miss Purikura. Those machines are often found in arcade centers. These advanced super booths will make you … I do not know how to describe it, the better for you is surely to have a look at the next picture, because we have tried it. 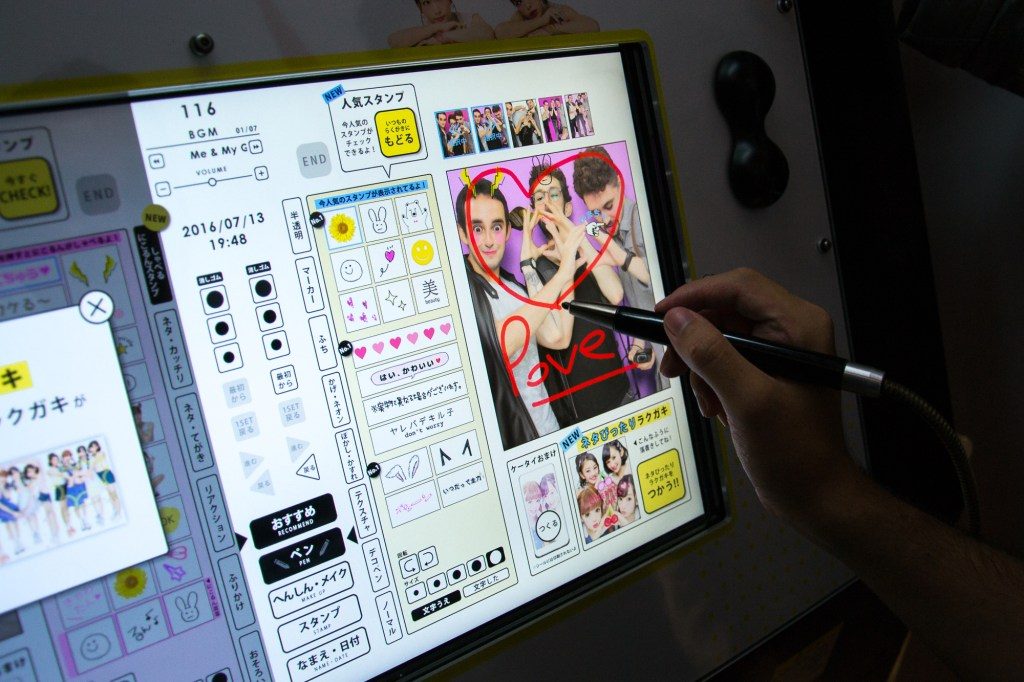 Finally, for those of you who have noticed the cover photo of this article: this fatal beauty is my new companion. I just buy it in a small shop of Shinjuku, a paradise of second-hand silver photography.

I found this store with this super handy link, please visit this area if you need an old school camera, you will surely find your happiness.

All stories by : Bastien