The Japanese company Nakagawa Masashichi Shoten has released an updated version of the Monopoly board game that highlight the Japanese culture and crafts.

To celebrate its 300th anniversary, the Japanese company Nakagawa Masashichi Shoten has released a version of Monopoly showcasing Japanese crafts and traditions. This company based in Nara is famous for its textile goods and souvenirs using the Japanese traditional artisanship. 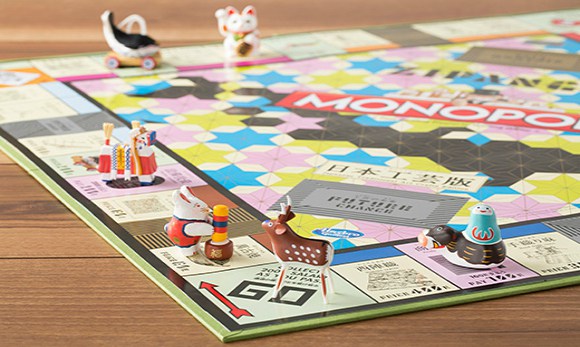 Only 5,000 boxes of this game will be sold for a price of about 9,000 yen. You can order your copy of this ultra-limited edition of Monopoly on the website of Nakagawa Masashichi Soten. 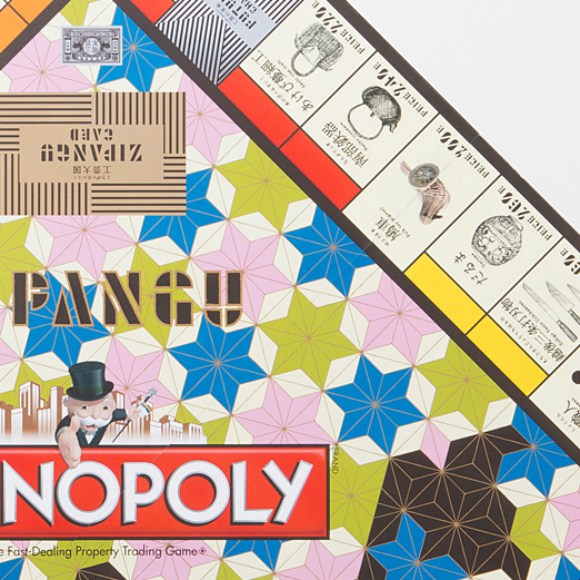 The board reuse the style of Meiji and Taisho eras.

Want to buy properties in renowned streets? Forget that! With this updated version of the most famous board game ever, you can buy toys, objects or accessories that have marked the History of the country of the rising sun. 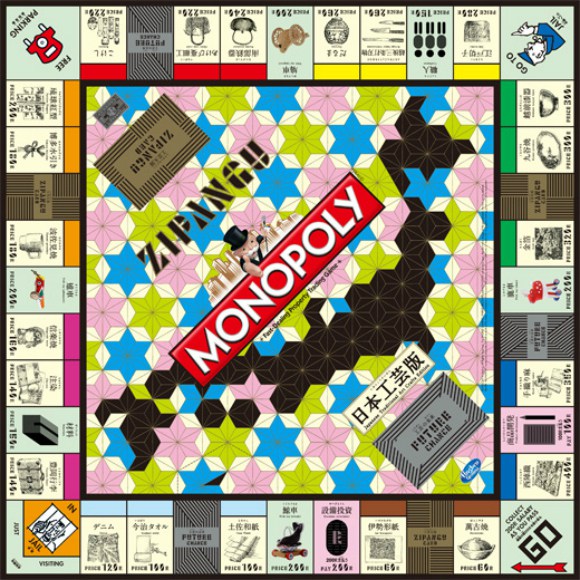 Could this be the map of Japan? 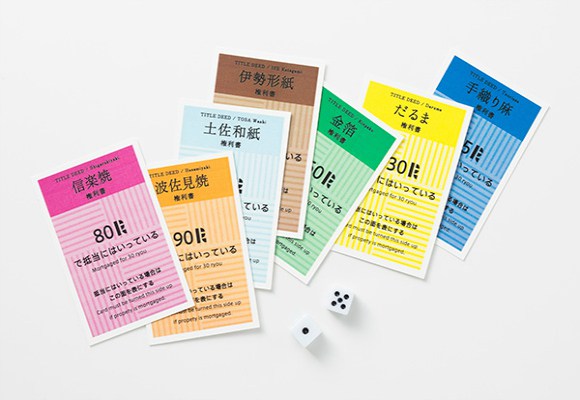 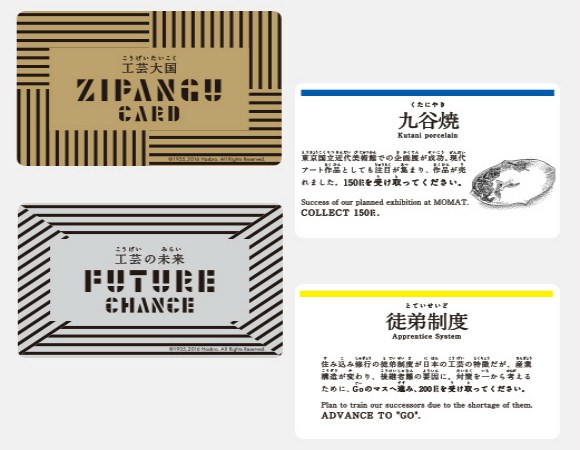 Pawns of the game are representing folkloric animals or famous toys of some parts of Japan.

A Daruma riding a boar, a representation of a papier-mache toy of the Taisho era, which was produced in the current district of Suma, in Kobe.

A deer, symbolizing the city of Nara.

A horse with bells representing the Chagu Chagu Umakko festival of the city of Morioka in the Tohoku.

A whale on wheels, a popular toy representing whales of the bay of Kochi, in southern Shikoku.

The Maneki Neko, representing the Tokoname City in Aichi Prefecture, which is famous for producing these little cat statuettes.

A rabbit pounding rice cakes. It was a famous toy of the Meiji era produced in the city of Sawara in Chiba Prefecture.

Six other pawns representing colored plastic deer are also in the game box. Personally, I prefer those featuring old toys and mythological animals of the ancient Japan. 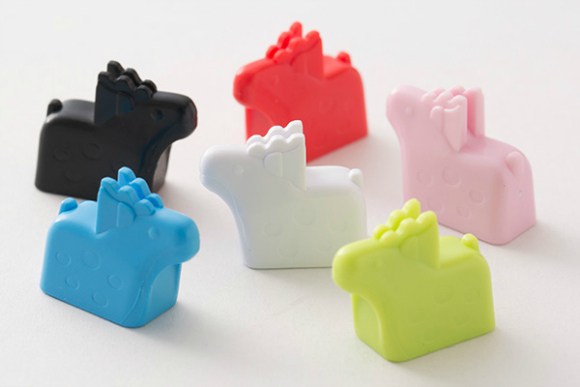 Japanese folklore is so vast that the company Nakagawa Masashichi Shoten could have made dozens of other pawns.