Megane-bashi: the spectacles bridge of Nagasaki

Megane-bashi: the spectacles bridge of Nagasaki

Megane-bashi is the most famous bridge in Nagasaki. It owes its fame to its beauty but also to its atypical shape reminiscent of spectacles.

It is the reflection in water of its two perfectly symmetrical arches which gave this bridge its name and its comparison with glasses. Indeed, Megane-bashi simply means “Spectacles bridge” in Japanese. 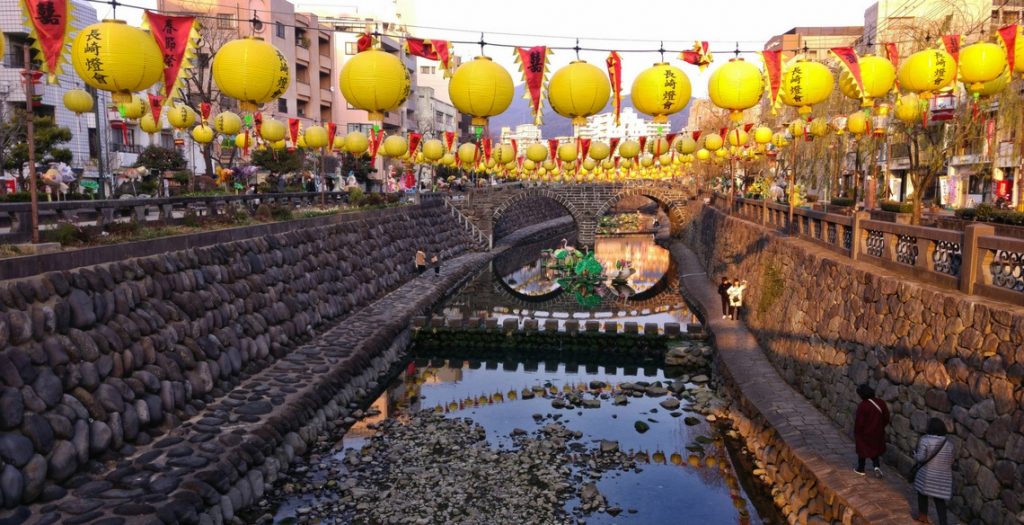 For the record, this building was built in 1634. At that time Nagasaki was economically booming, thanks to the presence of foreign trading posts: Dejima and Tojin Yashiki. This is Mokusunyoujo, a monk of Chinese origin who began the construction of this first bridge over the Nakajima river. He officiated at the nearby Kofukuji temple, which is the oldest temple of Chinese inspiration in Nagasaki. 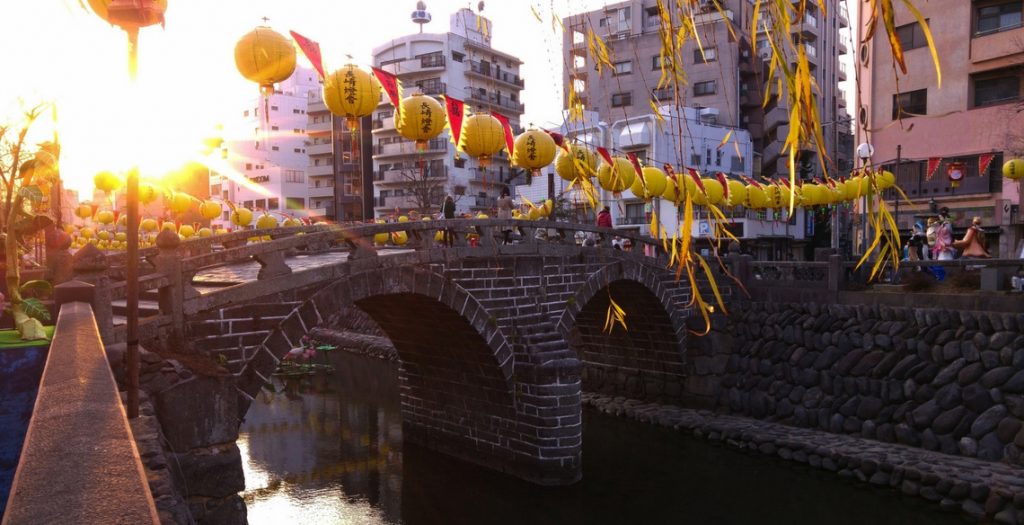 Megane-bashi is considered one of the three most famous bridges in Japan. The other two are Tokyo’s Nihonbashi and the Iwakuni’s Kintaikyou bridge.

This building is part of a series of bridges crossing the small Nakajima River. All these structures are made of stones and they have all their own charm. So that it is not enough to visit only the spectacles bridge. I would rather advise you to stroll along the river. Do it ideally at the end of the day, when the rays of the sun pass between the buildings and are reflected on the Nakajima river.

How to get to Megane-bashi?

Nagasaki is a rather narrow city and it is possible to walk to Megane-bashi from most of the monuments to the south of Nagasaki station. The less courageous will take tram lines 4 and 5 and stop at Nigiwaibashi.