Konno-Hachimangu: a Shinto shrine in Shibuya

Konno-Hachimangu: a Shinto shrine in Shibuya

Konno-Hachimangu is a small Shinto shrine located near the Shibuya station.

A trace of the past in the midst of Shibuya

The Konno-Hachimangu shinto shrine contrasts with the very modern district of Shibuya in which it is located. This temple dedicated to Hachiman, a god of war, is one of the last vestiges of Shibuya. 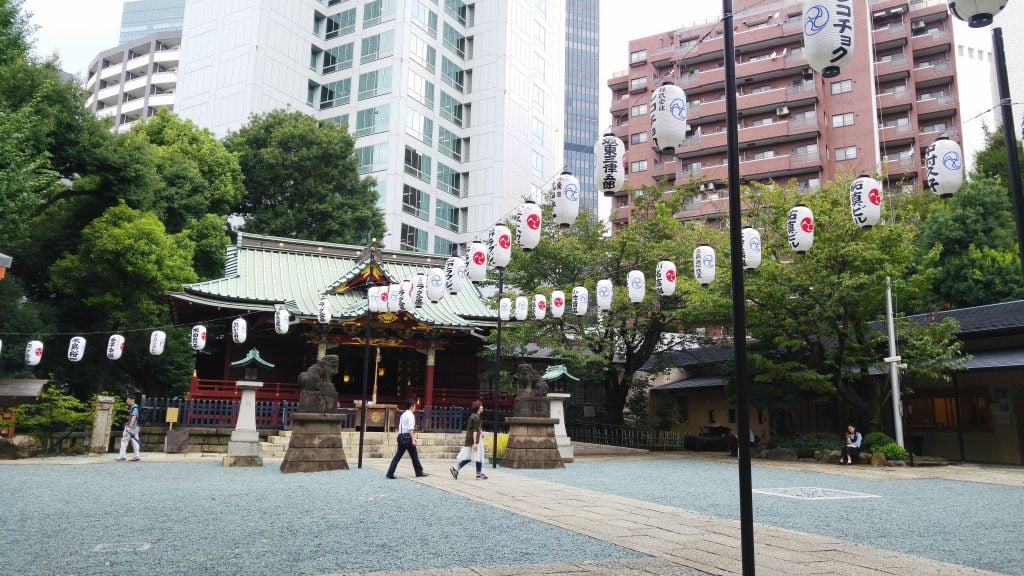 Indeed, this sanctuary was founded in 1092 by the Shibuya clan. Luckily, the temple was not hit by bombing during the Second World War. It has retained its original appearance. Now it is one of the last feudal structures still standing in Shibuya. This is a feat, even on Japan scale, where few buildings of more than nine centuries still stand.

What we thought of this sanctuary

Although it is not imposing, this shinto shrine is a traditional mark in a modern cluster. It is the perfect place to visit if you are in Shibuya and you do not have time to go to the major temples in the city.

You can also consider moving to Konno-Hachimangu shrine, if you want to connect Ebisu to Shibuya by walk. It is totally doable!

How to get to Konno-Hachimangu

This shrine dedicated to the deity Hachiman is just five minutes walk from Shibuya station. Simply take the East exit of this station to avoid losing tim in the hustle and bustle of Shibuya crossing.