Kawasaki Warehouse is an atypical amusement arcade. This building dedicated to entertainment mimics several environments, including a sublime reproduction of the Kowloon Walled City.

Most people who went to Japan have already been in at least one amusement arcade. This entertainment is easily accessible, since you can find this kind of establishment almost everywhere on the Japanese archipelago.

Except that once you visited an arcade, you feel like all of them look the same. Club Sega, Taito Center, Adores… The difference between all these brands is minimal unless you are a true gamer.

Let me introduce you to an arcade that really stands out: Kawasaki Warehouse.

The Kowloon Walled City in Kawasaki

You will not miss the Kawasaki Warehouse building when you will be in the street. This edifice looks like an old warehouse straight out of a cheesy horror movie. 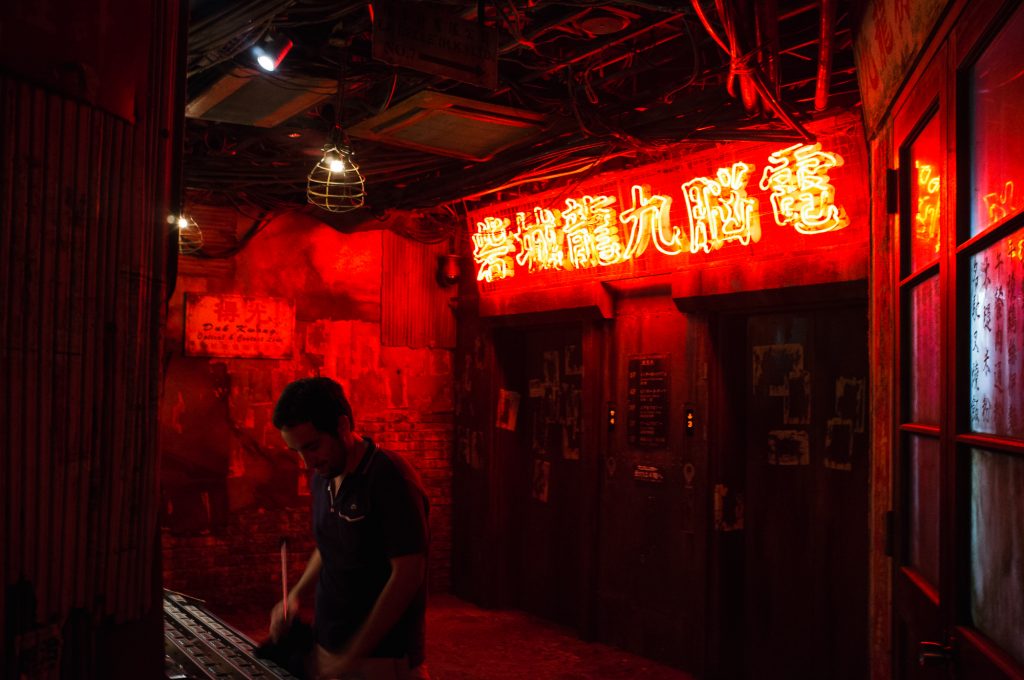 The entrance brings us directly into the Kowloon atmosphere.

When you go inside, you find a rather dark place with neon signs written in Chinese. The ground floor is quite murky, but it is perfectly mimicking the Kowloon Walled City. A place that became famous thanks to Hong Kong movies and Japanese video games like Shenmue 2.

You have to take an escalator to get to the next level, which is much brighter but as trash! You will find vintage Chinese call girls posters on the walls, fake shops with poor hygiene and also filthy vending machines. It is like travelling in space and time! 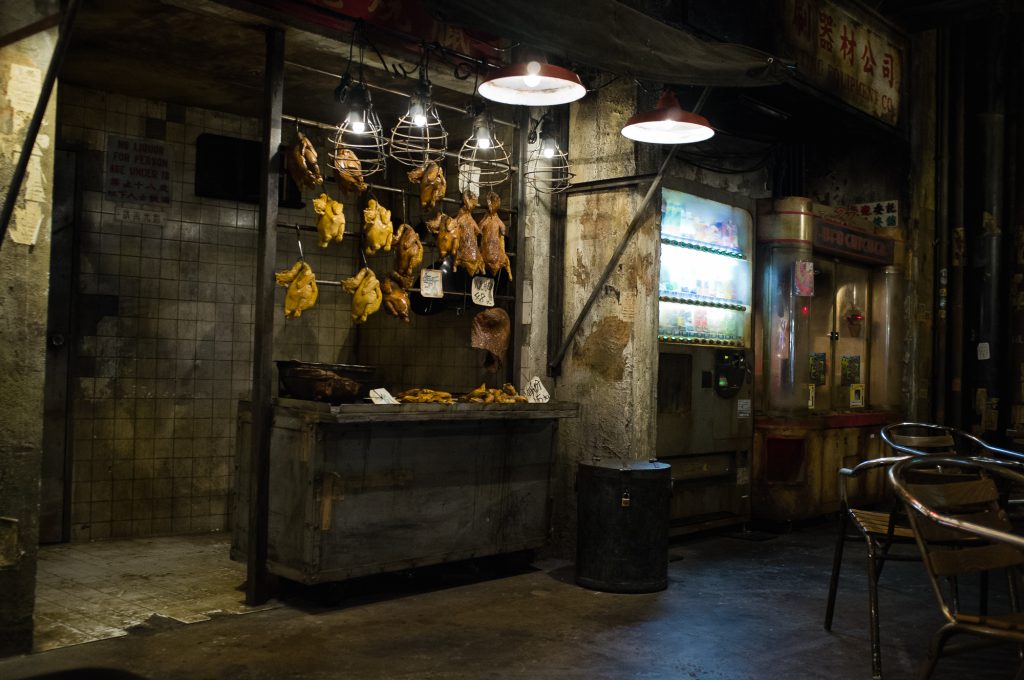 This second level is clearly dedicated to video games. There is a space with all the latest rhythm or fighting games. But what interests us is the 80’s and 90’s arcade machines!

You can fake to be Kavinsky on OutRun, or smash with all your strength on the buttons of the first Street Fighter. Yes, the one you’ve never played! In short, this is the best place of this amusement arcade. 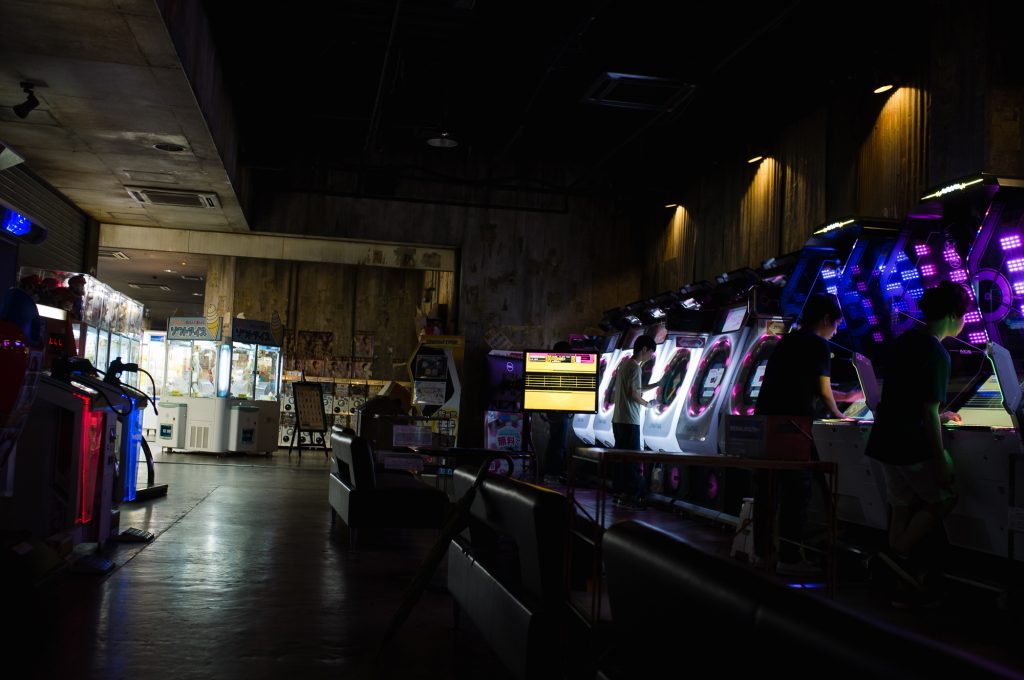 We are in an arcade … One would forget.

I just showed  you the ambience of this place, but I have not yet explained what is the Kowloon Walled City. I would therefore make a small historic break for those who want to learn something today.

What is the Kowloon Walled City?

The Kowloon Walled City was a Chinese enclave in the middle of the British colony of Hong Kong. It was originally a fortress that helped the Chinese army fight against piracy.

Several migration waves took place there during the twentieth century. Indeed, many squatters flock, particularly in 1949 when the Communist Party took power in mainland China. The Kowloon Walled City was then a lawless area that was not claimed by any state.

The ancient fortress quickly became a chaotic urban structure. The streets were so narrow and the buildings so high that daylight did not passed through the walled city alleys. Inhabitants had to use fluorescent lights by day and night. The Kowloon Walled City was also famous for hosting the Triads, the Chinese mafia, and all their criminal activities: brothels, opium parlors and illegal casinos. 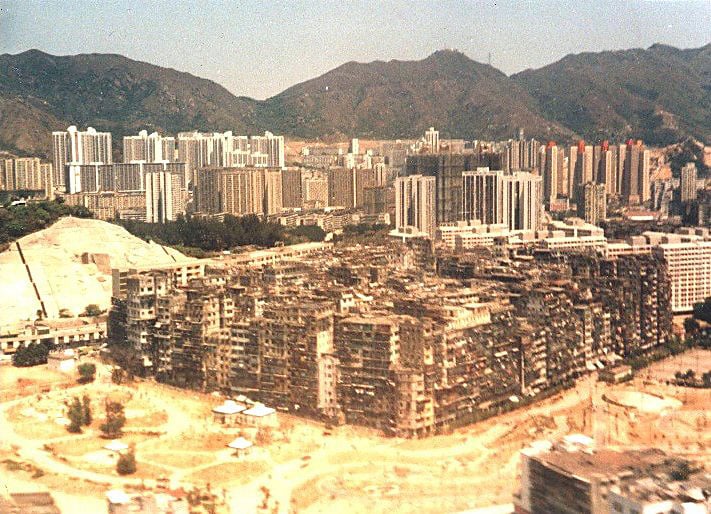 In 1987, the citadel had a population density of 1,923,076 inhabitants per km²… It is simply the most densely populated area in History. But in 1993, Hong Kong authorities demolished the Kowloon Walled City after relocating all its inhabitants. Today, this place hosts a boring park… Sadness.

The other floors of Kawasaki Warehouse

Let’s go back to the point. Because the visit does not stop at the two floors dedicated to Kowloon Walled City. Indeed, the subsequent stages of this amusement arcade offer all other environments. There is a level dedicated to casino games, which takes up the Chinese casinos theme. It looks like a decor for a thriller movie set in Macau. 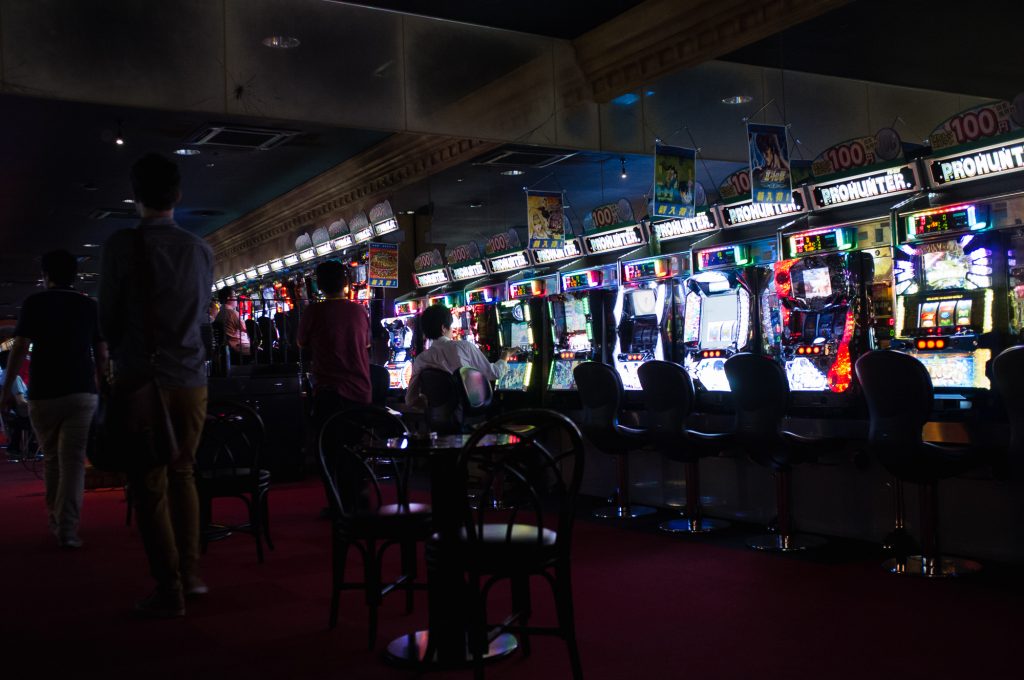 The following floors offer a plethora of bar activities: darts, billiards, ping pong… Ping pong!? Um… Why not? What’s crazy is that there is a shop selling professional products dedicated to these barfly and Chinese sports (without prejudice). 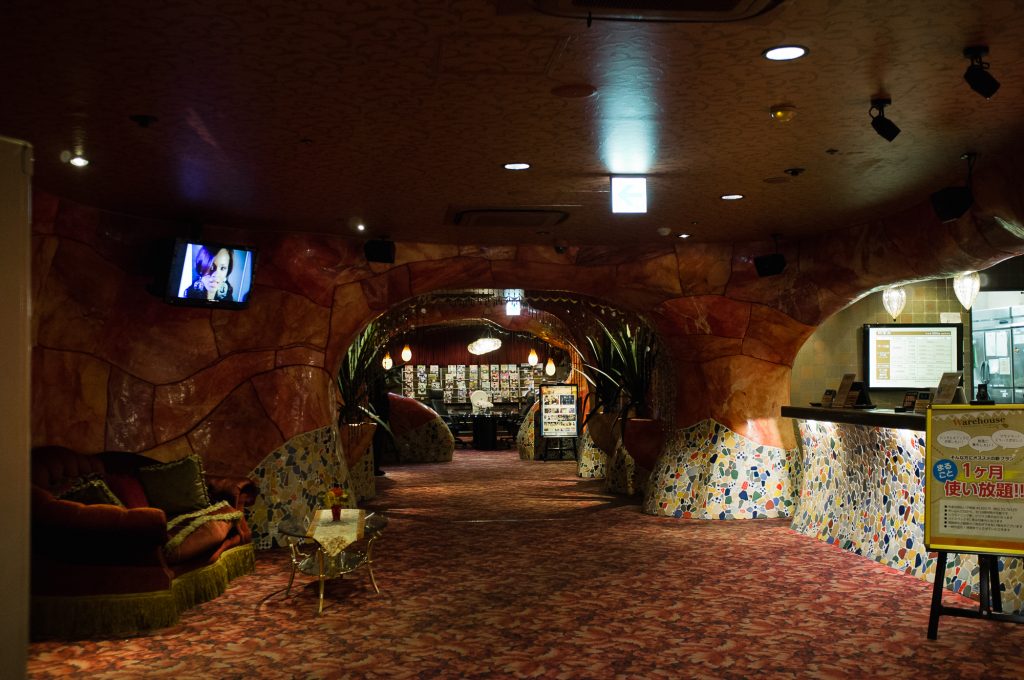 Half Manga kissa, half Flintstones’ house, half Guëll park. Rihanna is agape.

A manga cafe is located on the top floor of Kawasaki Warehouse. The place was empty when we were there. Actually, I doubt that visitors come here to read comics… Although the decor is really nice.

What we thought of Kawasaki Warehouse

The Kawasaki Warehouse arcade hall is an unusual place that worth a glance. The first three floors are the most impressive with their Hong Kong movies atmospheres. The rest of the building is interesting but not fascinating.

The big downside remains the fact that this place is in Kawasaki City, which is not a tourist place. Therefore, I would advise the visit of this arcade to people living in Tokyo and who want to explore the Japanese megalopolis. Especially if it means playing on old arcade machines.

How to get to Kawasaki Warehouse

The building is clearly identifiable by its external architecture reminiscent of an abandoned warehouse. I am sure you will not pass by without seeing it.

Recent photos in this article were taken by our dear Bastien. The others are eighter in the public domain or under Creative Commons license.