Kami-Shirataki: a station for only one passenger

Kami-Shirataki: a station for only one passenger

In the Hokkaido prefecture, the almost disused station of Kami-Shirataki continues to operate for a single passenger.

The Kami-Shirataki station has became famous thanks to a CCTV News article that sheds some light on this astonishing place. This station which is located in the northernmost region of Japan hosts only one passenger per day: a high school girl who takes the train to get to school. 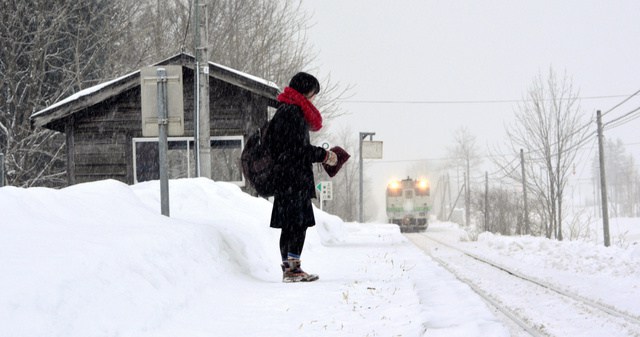 The high school girl is waiting for her train at the Kami-Shirataki station.

The train only stops twice a day in this remote train station of the Hokkaido region: once in the morning, to pick the girl on her way to school, and a second time in the evening to drop the girl after her day of courses.

Three years ago, Japan Railways has decided to keep its service in the Kami-Shirataki station, despite its very (very very) low attendance. The Japanese company was preparing to permanently close this station, before realizing that a user was continuing to take its platforms daily.

The operator of the train line has therefore committed to maintain its service at the station until the young woman gets her degree. So trains should continue to stop at Kami-Shirataki until March 2016. Month during which the girl should finish his last year in high school.

Station closures in series because of the fall in population

This unusual story also highlight the impact of the decline of the Japanese population on things as mundane as transport. Indeed, Japan has one of the lowest birth rates in the world. The archipelago is expected to lose a third of its population by 2060.

Rural areas are emptying. What had been built in the past may no longer be needed. The fate of the Kami-Shirataki station is just one example among many. Within a few years, twenty train lines were stopped just in the Hokkaido prefecture.