Kagurazaka: a Frenchtown in Tokyo?

Kagurazaka: a Frenchtown in Tokyo?

Kagurazaka is the Tokyo district with the highest concentration of typically French restaurants and bars. Does this place close to the Iidabashi station deserves to be called “French Town” of the Japanese capital city?

It is hard to imagine that there is a French district at nearly 10 000 kilometers of Paris. Yet, people of Tokyo boast the Kagurazaka district as a French Town in Shinjuku. This place is known for aggregating many bars and restaurants offering the finest wines and culinary specialties of France.

Kagurazaka-dori is the hub of this “French quarter”.

The presence of the French Institute and French schools close to the Kagurazaka-dori street explain this concentration of French people and facilities. Besides, the famous Paul bakery has a shop on the street. This is an opportunity to remember the taste and prices of desserts in Paris. At least, that’s authentic. 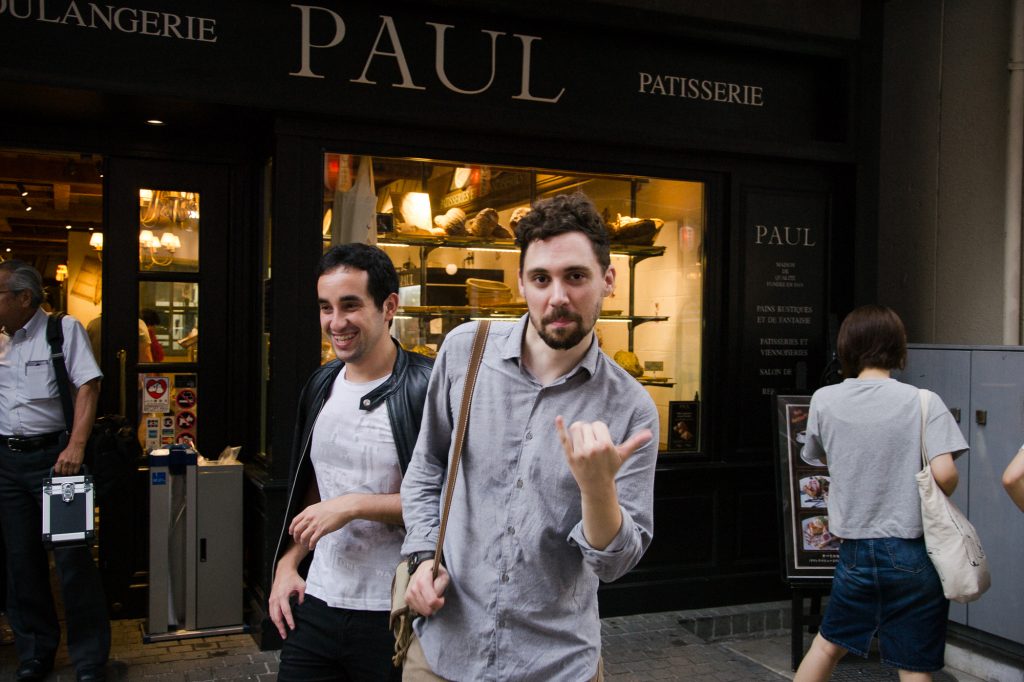 By walking in the street you will see very quickly that Spanish and Italians, to mention a few, are also nearby. Thus, should we not name this place a “Latin Quarter”? Anyway, Anyoji Buddhist temple and Akagi Shinto shrine are there to remind us that we are in Japan.

What we thought of Kagurazaka

This district is not really a “French Town” like the American Chinatowns, or even the one of Yokohama. Indeed, the “French district“ is built around a street, and the area is not exclusively French, but European with Spanish or Italian restaurants. 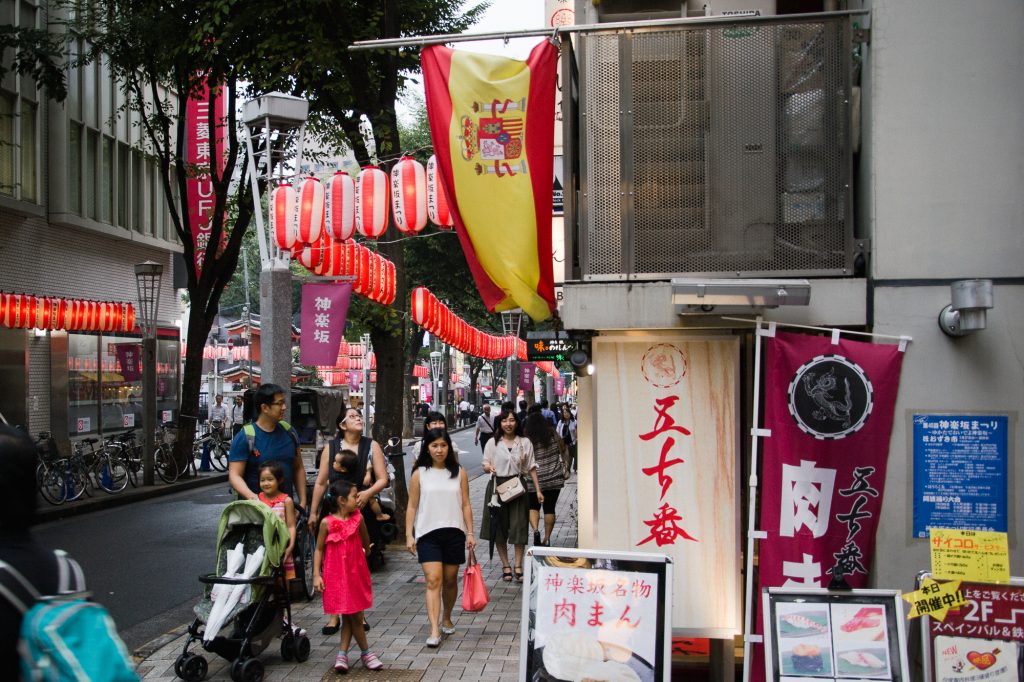 In addition, we may not advise the average tourist, who already has a busy schedule, to come visit Kagurazaka. Because this place is rather trivial across the megalopolis. However, the presence of bars and restaurants offering French cuisine will delight expats who miss meat and cheese.

How to get to Kagurazaka?

The area is actually concentrated around the Kagurazaka-dori street, you can get there by either end of that route. In the Northwest, the eponymous Kagurazaka station is a stop on the Tozai Line. While in the Southeast is located Iidabashi station through which passes many lines, including:

The second station is much more accessible and lively than Kagurazaka station. It is located near the Kanda River, where there is a nice bar called Canal Café. Aside that, there you are closer to the Yebisu Bar of the district.