Jizo-Dori : the shopping street for grannies in Sugamo

Jizo-Dori : the shopping street for grannies in Sugamo

Jizo-dori, in the Sugamo district of Tokyo, is where all Japanese grandmothers want to do shopping sessions. This shopping street is often nicknamed the “Omotesando for grannies” or the “Grandmothers’ Harajuku”.

Contrary to what appears in neighborhoods like Shibuya or Harajuku, the Japanese population is aging. We are therefore entitled to expect that the Japanese grandmothers also have their little consumerist paradise in Tokyo.

This third age fashion temple exists! The Sugamo district, in northern Tokyo, is home to the Jizo-Dori shopping street. This pedestrian street is renowned for its many shops that target the seniors.

The Harajuku of the Japanese grandmothers is in Sugamo 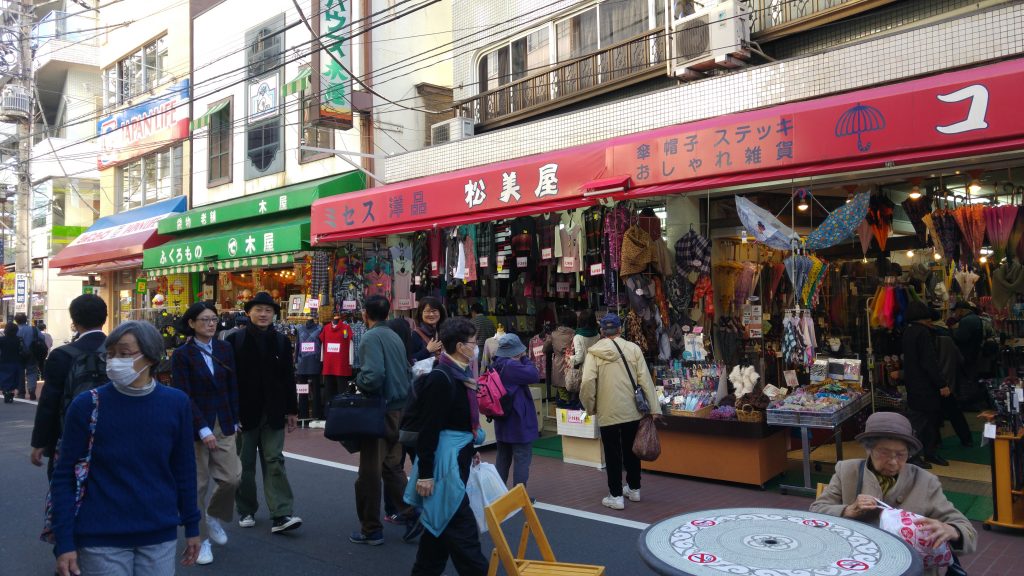 Grandma is quietly sitting in her favorite neighborhood.

Jizo-Dori is a succession of shops and restaurants aimed at an audience that keeps growing with time: old persons. There is enough to do business in this niche, in a country where more than 20% of the population as more than 65 years old. One might even wonder whether a single street is sufficient to contain all the “senile” buying fever of Tokyo.

No problem, there is room for everyone here! Indeed, this street is particularly long as it connects two metro stations in the Toshima district: Sugamo and Koshinzuka.

Among the 200 establishments in Jizo-Dori, there are shops selling traditional sweets, grandma’s remedies and, of course, clothes. This is why this neighborhood is nicknamed the “Grandmothers’ Harajuku”.

In Sugamo you will not find Gothic Lolita outfits or kawaii goodies, but lots of charentaise slippers and huge panties. The latter are often sold in a single color: red.

Why? Because red color has a very special meaning in Japanese culture. Indeed, the custom is to offer red gifts to people who reach the age of 60 to wish them a long life. Offering panties to your grandmother to show her your love, that is rather cool, right?

Why is this street called Jizo-Dori? 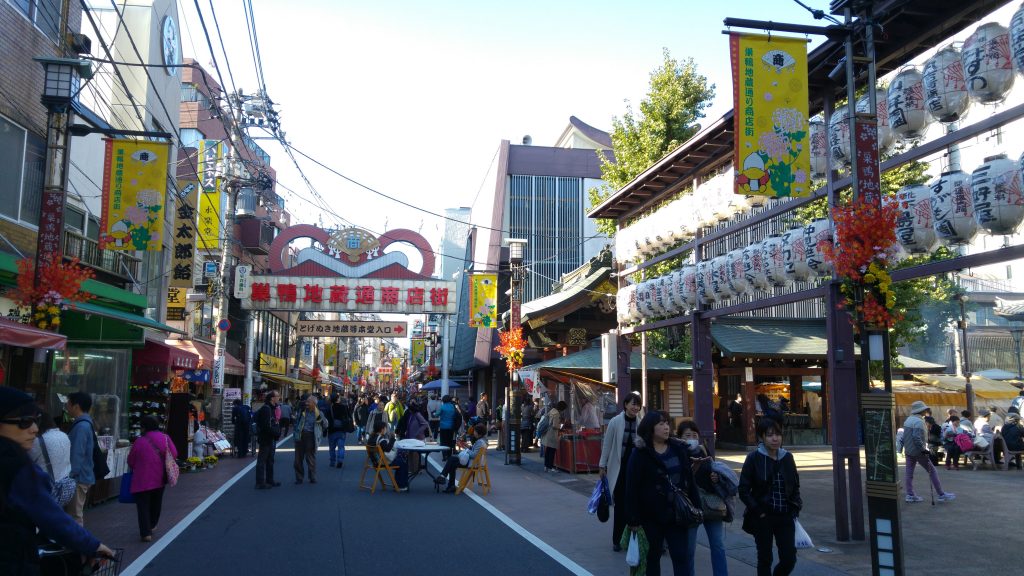 The Koganji temple is on the right in this picture.

Jizo-Dori literally means “the street of Jizo”. The Koganji Buddhist temple is in the middle of this street. One can admire a statue of Togenuki Jizo in this place of worship. Many elderly people go to this temple to water the statue. This ritual would help to heal ills.

It is this statue that gave its name to the street, but also helped to attract this senior audience. The neighborhood therefore owes much to the Koganji temple.

What we thought of this street in Sugamo?

The Sugamo district, and its Jizo-Dori shopping street, are not chokepoints for tourists in Tokyo. However, you can get there if you really want to find traditional Japanese products like remedies for example. Otherwise go your way if you do not feel you have enough time to visit all the major spots of the Japanese capital.

How to get to Jizo-Dori?

As I said earlier in the article, the pedestrian street connects the stations of Sugamo and Koshinzuka. Here are the lines that pass through these two stations: