Fart battle in the Edo period

Fart battle in the Edo period

A handscroll from the seventeenth century depicts a merciless fart battle. A work a bit odd, granted…

The picture scroll called “He-gassen”, which can be simply translated as “Fart contest” or “Fart battle” is simply outstanding in the subject it covers. You guessed it: a flatulence battle.

Digitized by the library of the University of Waseda, this four centuries old “air” conflict has no identified author.

The quite incongruous scenes of this work are a real protest message.

The beginning of the Edo period is characterized by the influx of more and more foreigners, including Portuguese traders and missionaries, who were visiting the Japanese coasts for less than a century.

This Westerners influx bewilders the archipelago which was already facing political disorder. Portuguese added to that situation religious disturbances, but also social and cultural disruptions.

This is for those reasons that Toyotomi Hideyoshi, ruler of Japan at that time, decided to ban Christianity of his country in 1587. That decision was followed by the closure of the Japanese boundaries to foreigners in 1641. A diplomatic doctrine that will last until the end of the Edo period, in 1853.

Before the introduction of this isolationist policy, the Japanese people were quite unhappy about the changes brought by the Europeans. The handscroll called “He-gassen” is the materialization of this popular dissatisfaction, because Westerners seem to be the target of Japanese intestinal gas in the story it relates. You are warned, it’s a really violent tale!

Excerpts of this fart war 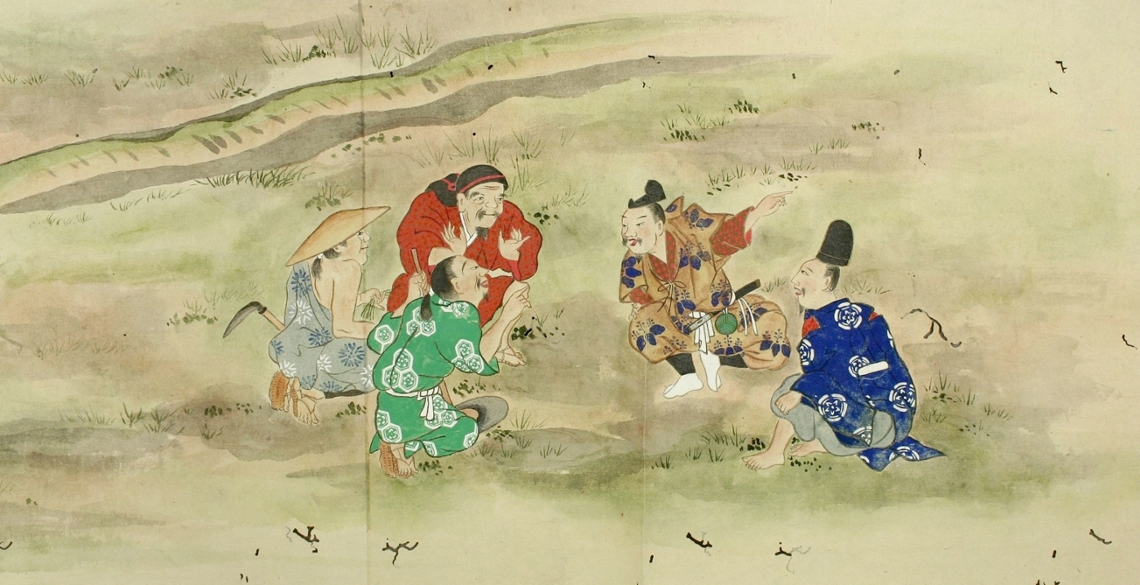 The birth of a great idea.

Preparations, just to be sure you’ll be well armed on the battlefield. 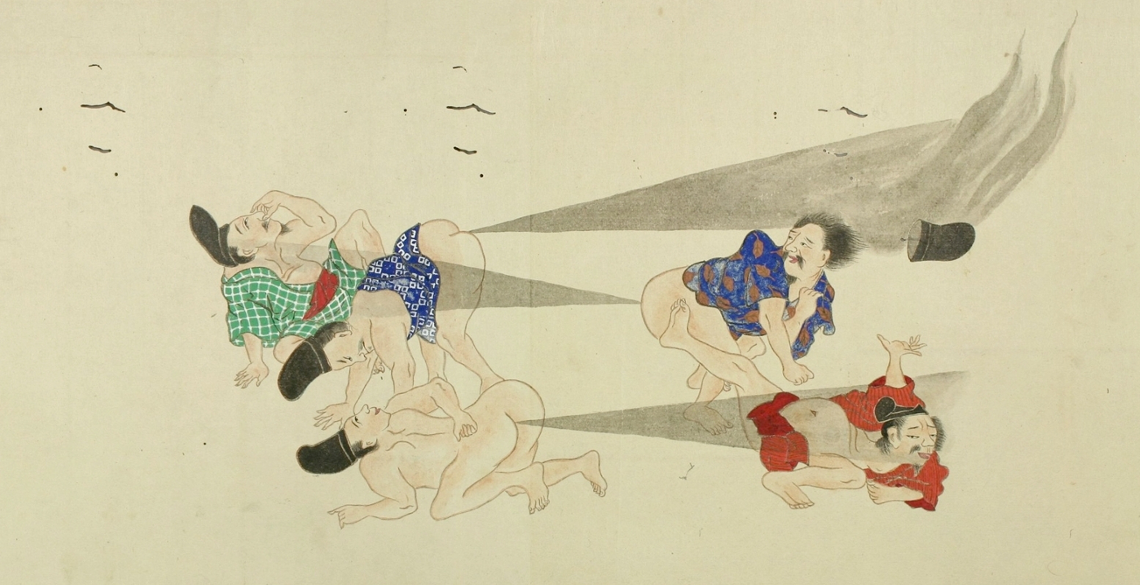 The battle is in full swing.

Basic ploy: put your flatulences in a bag. 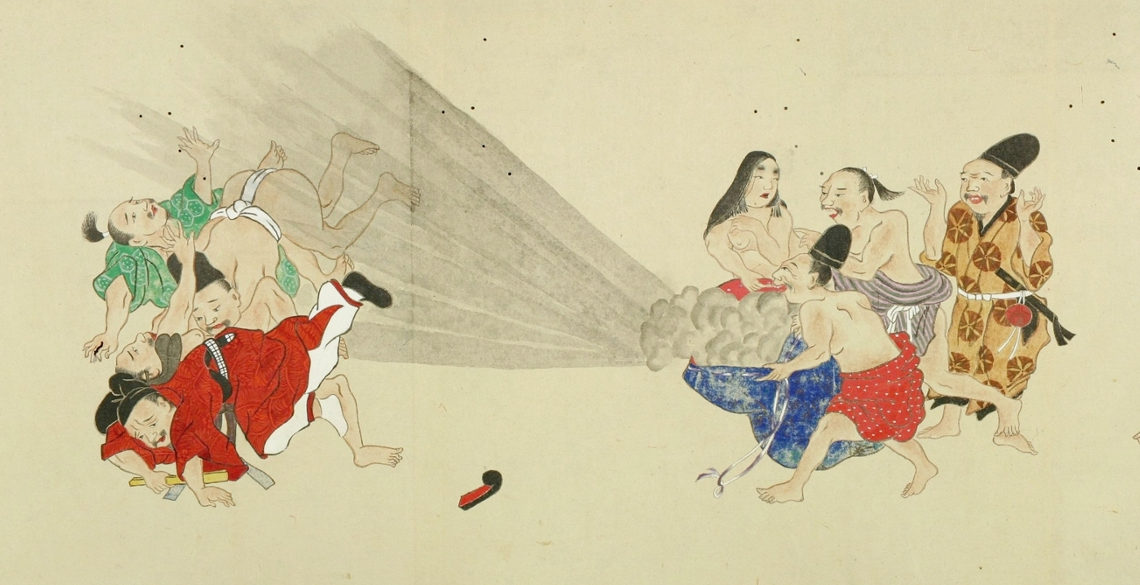 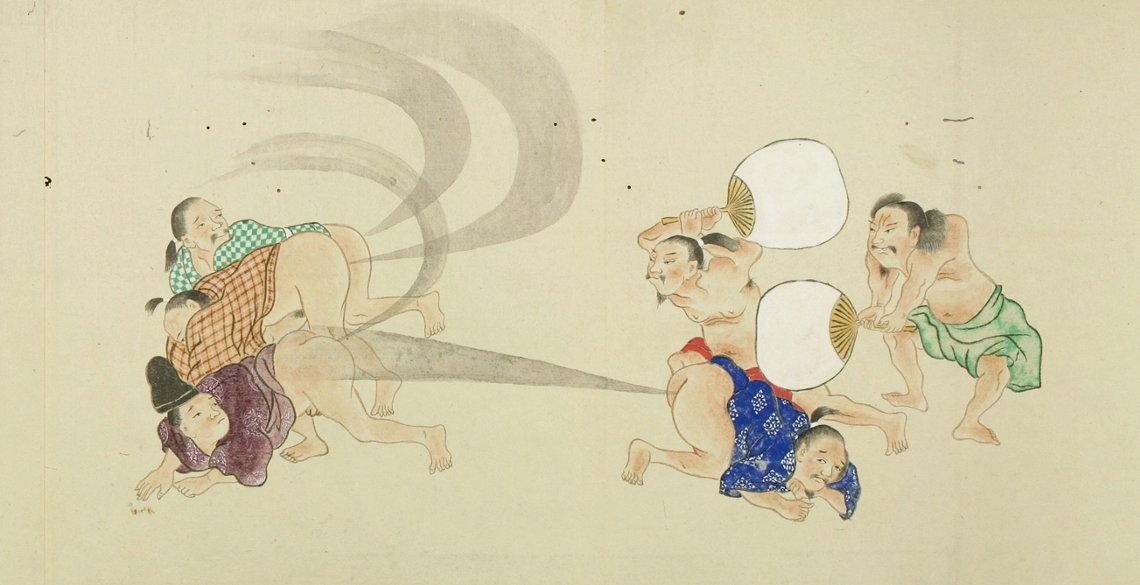 The ultimate feint to return the farts to their senders. 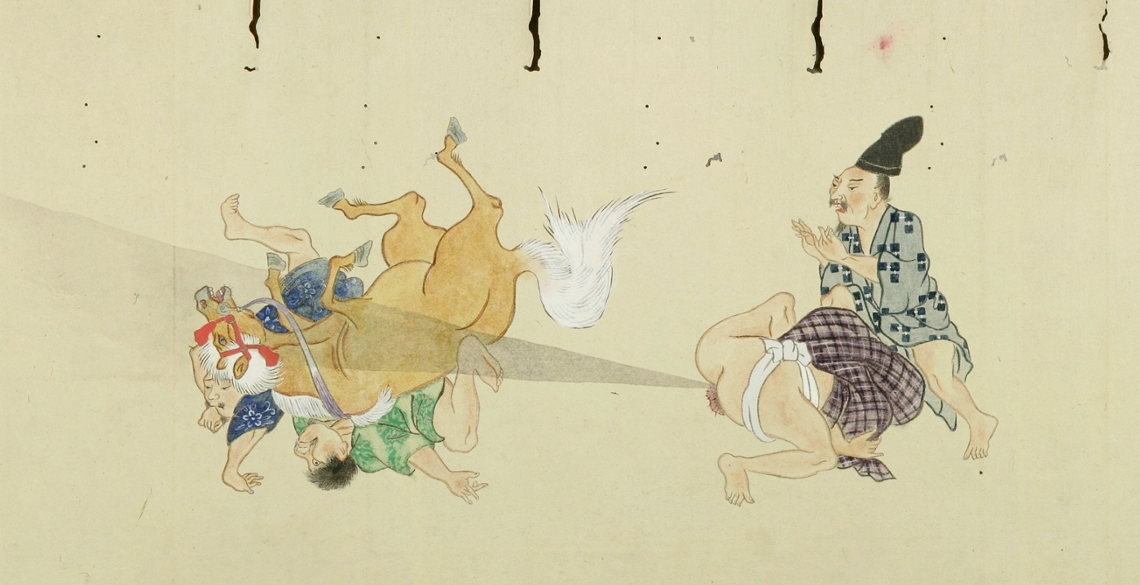 A fart that unhorse a rider. 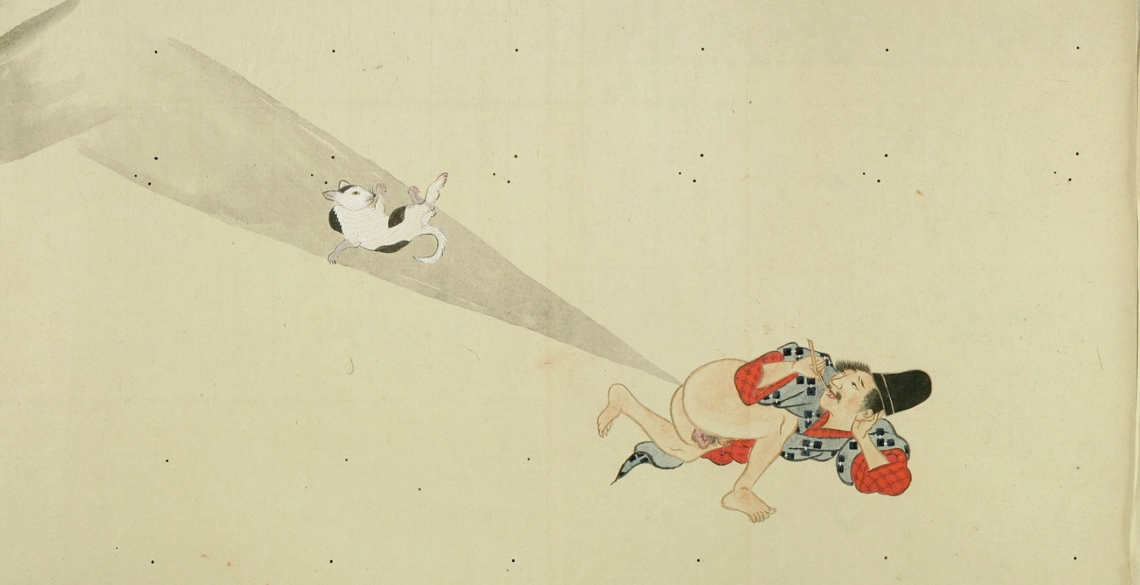 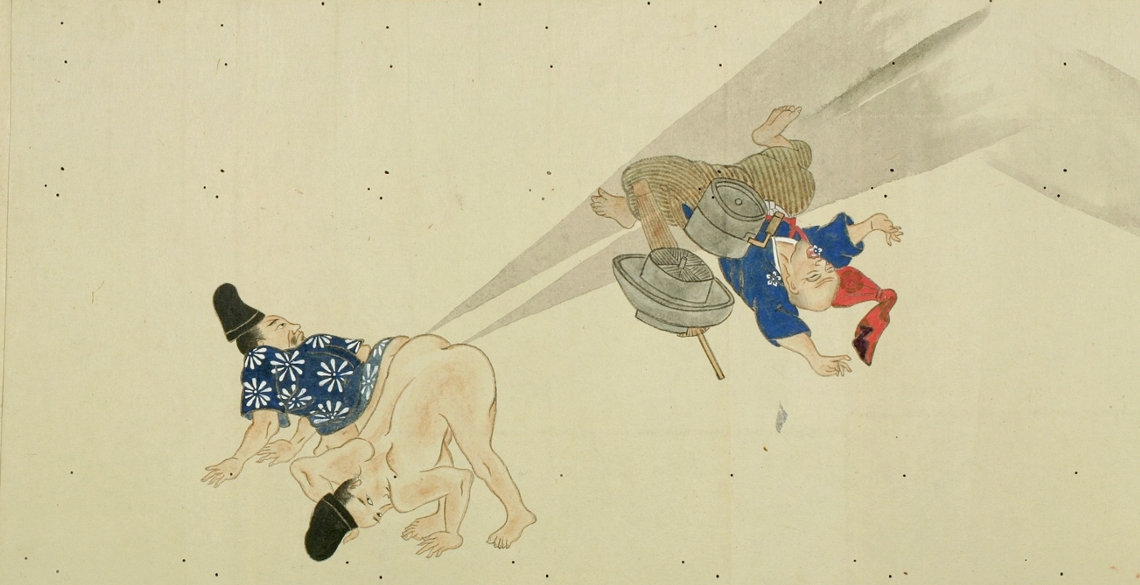 It is akin to a Fatality in Mortal Kombat.

I suggest you download this image to appreciate the details of this fart war, and so make the most of it.