Emas, written 絵馬 in Japanese, are wooden plates used in Shinto rites. Believers write wishes on it, in the hope that they will be realized.

Ema can be found in most Shinto shrines, but also Buddhist temples. Indeed, the two religions have become practically indissociable in Japan. This explains why we can regularly find religious elements of a belief in places of worship of the other religion.

How to use an ema?

Most often, you have to pay for these wooden plates at the shrine’s shop. They cost between 500 and 1000 yen per unit. Their purchase finance the shrine expenses. The believers write their wishes on the virgin face of the plate. The other is generally covered with a drawing representing an animal or a mythical creature. 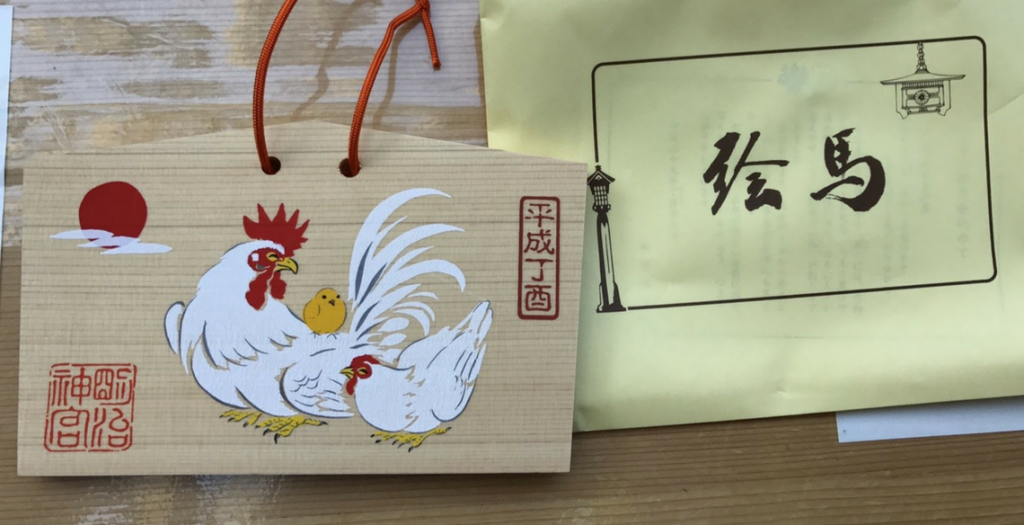 Once this is done, you will only have to hang your ema on the dedicated support. You will not miss it, since these supports are already filled with tons of wooden plates. It is often fun to find wishes written by foreign tourists. They take advantage of this support to thank their hosts and wish health and success to their loved ones on the other side of the planet.

In truth, there are no rules to follow. The Ema is a space of expression whose limitations are your imagination, your love and your compassion. #poetry

Local people, especially the elderly, take this tradition more seriously. Like churches for Catholicism, Shinto shrines are the homes of the gods. The kami spirits, the Japanese divinities, are always supposed to prowl around. By leaving their ema in the shrine, the Shintoists are guaranteed that their messages will be read by the deities. It is a kind of divine mailbox.

Where does this tradition come from?

The word ema is composed of two kanjis:

During the Nara period, the Japanese offered horses to the Shinto temples so that the gods would be more likely to grant their prayers. But, you can imagine that even at that time the average individual was unlikely to have enough horses to ensure health, wealth and sexual performance ;). 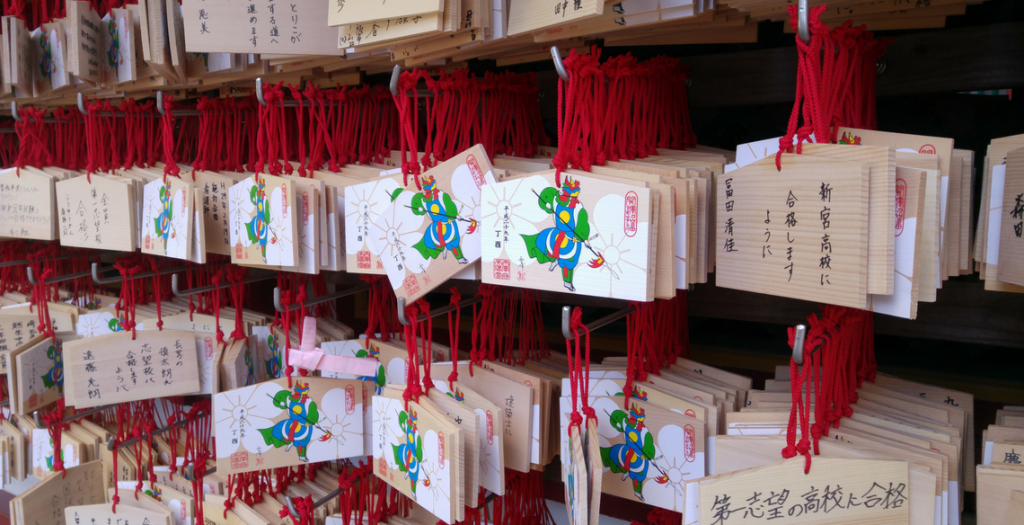 People who did not have a horses herd developed a subterfuge that allowed them to offer equidae to the kami without paying pounds of hay and collecting daily dungs. They began to use wooden plates on which were represented horses. Over time, the horses no longer had the monopoly on the front of the ema. So today we can even find ema with Hello Kitty’s drawing. Cool, no?