The Daibutsu is Kamakura’s most famous tourist attraction. It is a large bronze Buddha statue in the Kotoku-in temple.

The History of Kamakura Great Buddha

The Great Buddha of Kamakura, which can be translated as “Kamakura Daibutsu” in Japanese, is an immense bronze statue depicting Amitabha Buddha. It is located in the Kotoku-in Temple since the thirteenth century. At that time, Kamakura was the Japanese military capital city, as it was the Hojo clan residence. This samurai family had managed to become a shogunal dynasty by taking power from the hands of the Imperial family. 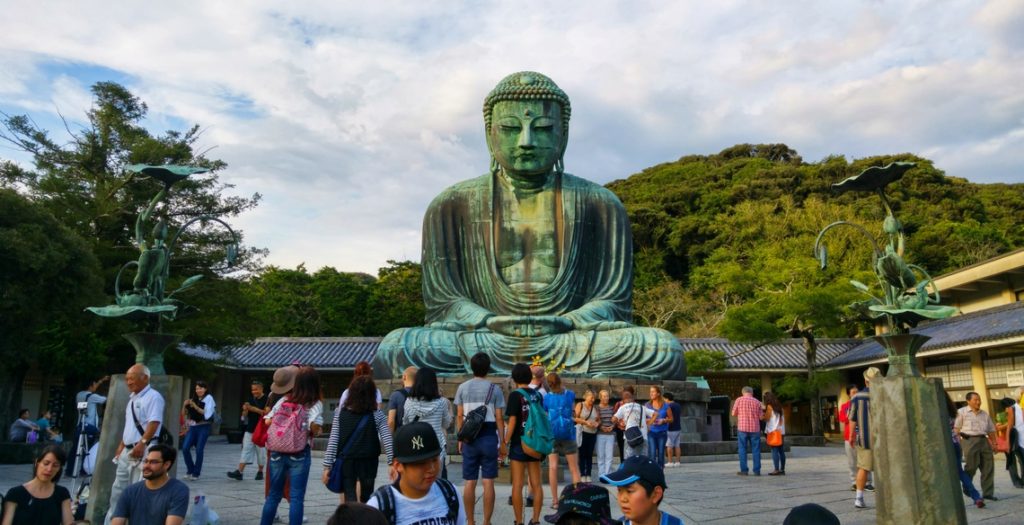 The Daibutsu is only one trace of the wealthy past of the city. Besides, the statue was once covered with gold.

This 13 meter Buddha was originally contained in a building. But this structure was often destroyed by earthquakes and tsunamis, so that the statue is now outside. I guess it’s much easier to manage.

Is Daibutsu a tourist trap?

Do not be fooled, in addition to being the most famous Kamakura monument, this great statue is the tourist trap of the city. There is not much to see and you will have to pay 200 yen to get in. 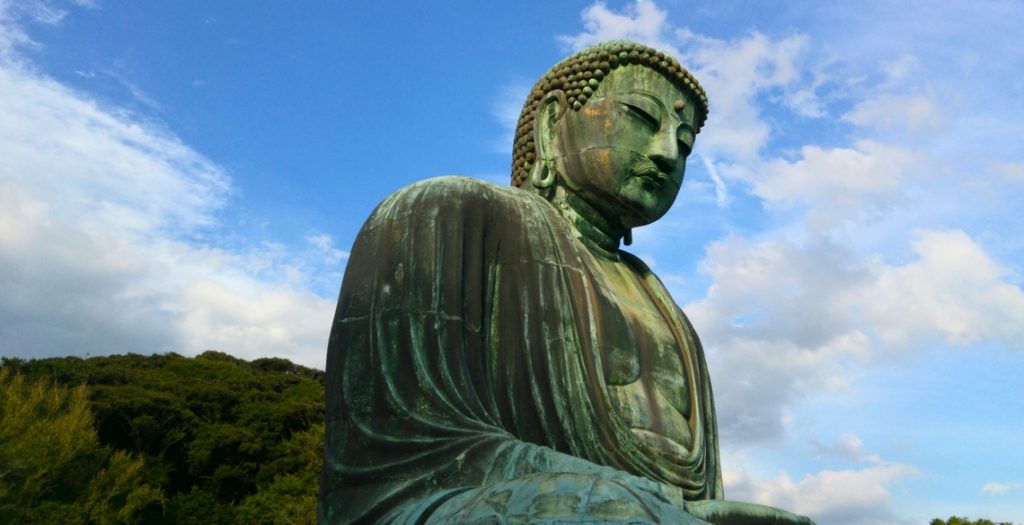 Admittedly, this Buddha statue is (a bit) impressive and it has an interesting history. But we are very far from the gigantism of other representations of this religious figure. Everyone can easily compare it with famous statues in Southeast Asia. But the worst part is that there are other great Buddhas that are much more impressive in the Tokyo outskirts. I refer to the numerous sculptures of Nokogiriyama, but also of the immense statue of Ushiku.

In short, if you ask me the question: Should I visit the Great Buddha of Kamakura? I would say to you: Yes, if you are not bogged down. If you have a tight budget, enjoy your day in Kamakura to visit its many temples. The Hojo shogunate capital city has many things to show you, so it is impossible to visit everything in one day.

One last thing ! If you decide to admire this monument, do not pay extra to get into the Big Buddha. Indeed, the statue is hollow, but there is absolutely nothing to see inside.

How to get to the Big Buddha of Kamakura?

If you are healthy, you can walk to the Daibutsu from Kamakura Station. It will take you a few minutes, but you can take advantage of it to stop at the Yuigahama beach, the Hase-dera Temple and much more.

If you are having difficulty walking, or if you are simply lazy, the nearest train station is Hase. It is three stops from the Kamakura station.

Please note that the Kotoku-in Temple is open every day from 8 am to 5.30 pm. The entrance fee is 200 yen, and you will have to pay 20 yen extra to see the inside of the statue.