Comiket: the Cosplay and Dojin convention in Tokyo

Comiket: the Cosplay and Dojin convention in Tokyo

Comiket is the largest convention dedicated to dōjin and cosplay in Tokyo. It is held twice a year at Tokyo Big Sight in Odaiba, and brought hundreds of thousands of manga culture fans.

The two editions of Comiket respectively hold in mid-August, and at the end of December.

The Cosplay and Dōjin mass

The main exhibitors of this convention are mostly amateurs looking to gain recognition in the manga culture. Most of them belong to two artists categories: cosplayers and dōjinshika. Cosplayers? Dōjinshika? Those terms are certainly acquainted to all manga fans, and that is surely why the Comiket is the convention to which all of them want to participate.

However, I can imagine that the common man is totally lost in front of these two terms. Before going further, I will try to briefly explain these two concepts beloved by the manga culture.

The “Cosplayers” practice “Cosplay”. The latter term is a contraction of the words “costume” and “play”. It is the art of role play a character by also imitate its costume. The most represented characters are often drawn to comics, video games or films. 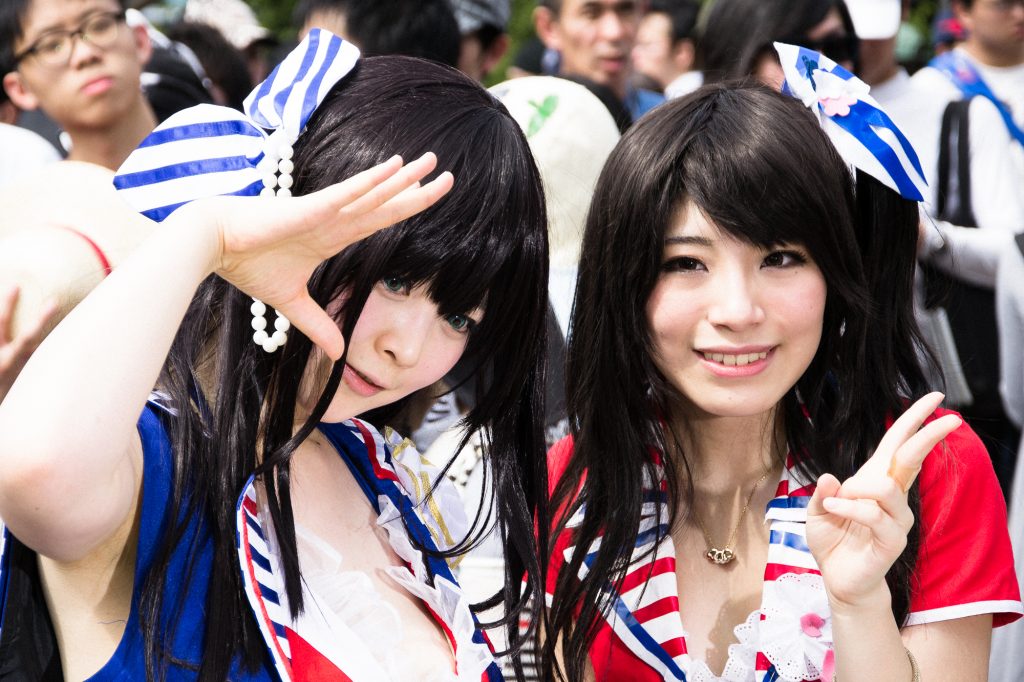 What you should know is that fifty men took the same picture at the same time. However, I think their framing was not the same.

The best cosplayers often get their acclaim in fashioning themselves all or part of their costumes, and having a good acting. Well, it is also true that some of the most famous female cosplayers leverage on their feminine attributes, and do not hesitate to fashion their breasts in clinics. That’s male-targeted marketing. 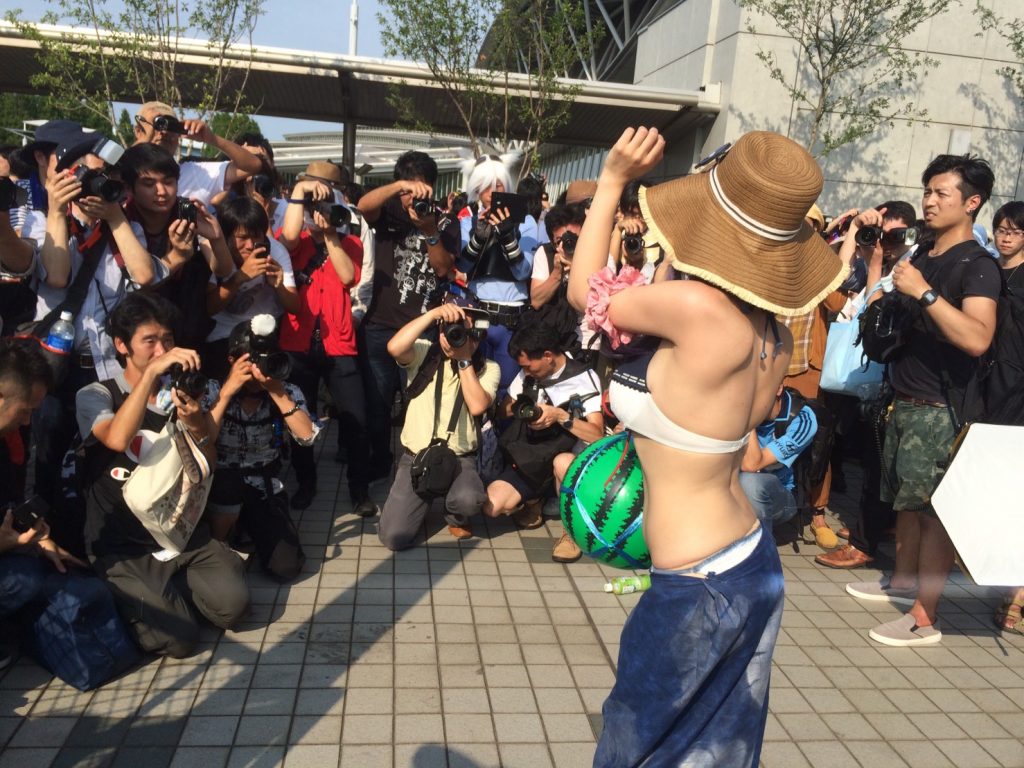 What I was saying?

What is quite interesting in Comiket is that unlike in western conventions, Japanese cosplayers are organized into troops that bring whole universes to Tokyo Big Sight. It is common to see people dressed up as minor characters just to showcase a cosplayer interpreting a main character. 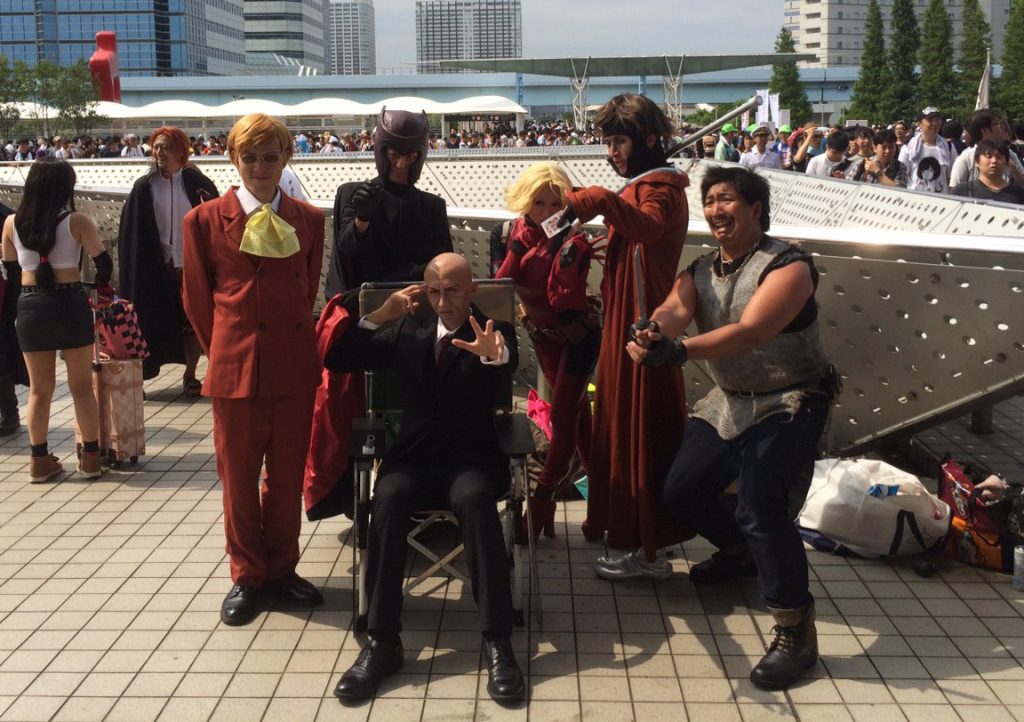 In many western conventions, only few cosplayers are organized into troops, and many focus on the most popular figures of the most popular series, and forsake “second class” characters. Definitely, we do not have the same culture.

The “Dōjinshika“ is an artist who makes “dōjin”, sometimes called “dōjinshi”. Dōjinshi are often books published by amateurs who wish to present their work in various fields. Therefore, dōjin takes many forms: drawing, literature, music, homemade derivatives… They are often produced in small quantities and sold at conventions such as Comiket.

Dōjin could be likened to fanzine culture, because most of these works are inspired by existing universes. They are parodying or diverting them sometimes… to make erotica or child pornography. Yes, Japanese people is not made of angels.

The Third Reich white knight can organize auto-da-fé workshops with your kids.

Besides, some works exhibited at Comiket can really shock the youngest. It is for this reason that I do not necessarily recommend this event to children.

In addition, many works shown at Comiket are never reissued. Some of them may quickly rise in value.

A bridge between the professional world and amateurism

Every year, exhibitors must fight to get their place at Comiket. The organizers have to reject more than one application out of two.

At the same time, many dojinshika hope emerge from anonymity by presenting their works during Comic Market conventions. Since the major players of the manga industry are also participating. Several manga artists have been in this situation before becoming famous. As CLAMP for example, who are the authors of Card Captor Sakura, Tsubasa and xxxHolic.

The opposite situation also exists. Many famous mangaka come to sell dōjin works at Comiket. Often because they return to their early loves, but also because the dōjin is financially interesting for them. Indeed, they have more freedom since theirs publishing houses are not involved in those works, so they also earn larger shares by selling dōjin.

What we thought of Comiket

Comiket is a major event, which has a distinct advantage: it is free for visitors. This convention will delight all manga fans, who will find there their favorite universes. If you are one of them, just remember to come with a few thousand yen in your pockets. Just in case you yield to temptation, by buying one or more dōjin works. 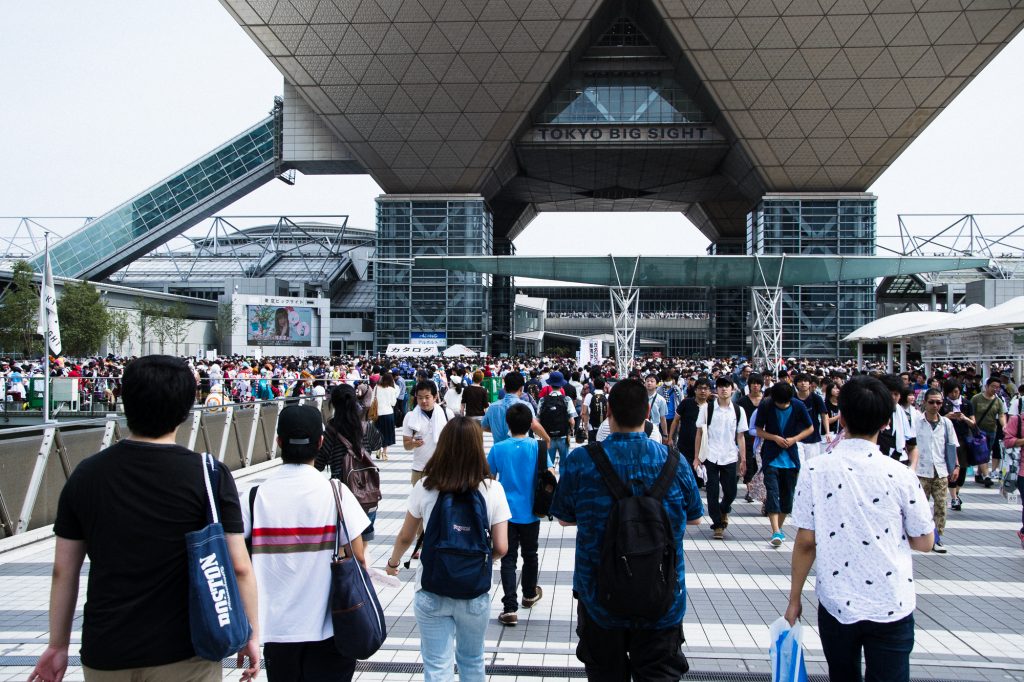 Tokyo Big Sight is hosting this event twice a year

Otherwise, if you are not a manga or video games fan, you can go there and just have a look at cosplayers. The visit will be just a little shorter and less costly. The event is held at Tokyo Big Sight in Odaiba, nothing prevents you to take a walk on the artificial island after your little excursion in the manga culture.

How to get to Comiket?

As I have said several times in this article, the Comiket conventions are held at Tokyo Big Sight. It is a huge complex on the artificial island of Odaiba in which events of all kinds take place throughout the year.

Please note that the event lasts three days, but the days are rather short. Indeed, the Comiket opens the morning at 10 am and ends in the late afternoon to 4 pm. Do not come too late!

The photos in this article were taken by our dear Bastien and Juan Pablo.