This collection of Japanese postcards from the early twentieth century shows well known places for tourists. A real journey through time.

These postcards made from hand-colored pics are genuine archives. They allow us to understand how were japanese cities like Tokyo or Yokohama before the great earthquake of 1923, which devastated the Kanto region.

Nihonbashi-Dori before and after the great earthquake of 1923 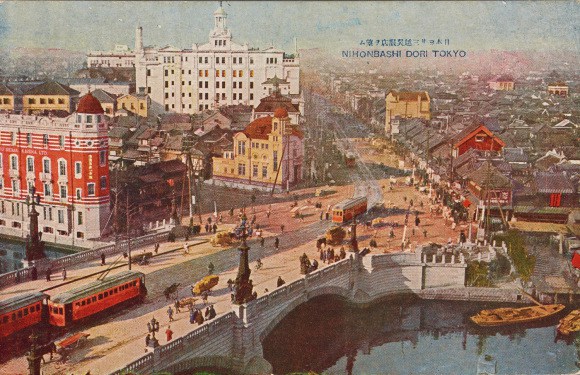 A postcard of Nihonbashi Dori, a year before the great earthquake.

The bridge shown in this postcard is really robust. The photo just below is an evidence of its might. It was taken just a year after the tragedy. As you can see smaller structures are in ruins. 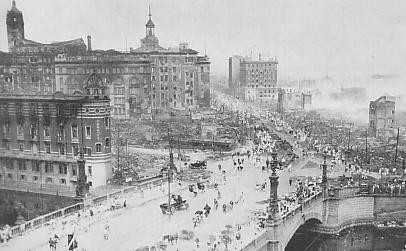 Nihonbashi after the 1923 earthquake.

Today, the Nihonbashi bridge is still standing, but a “wonderful” highway built in the 1960s cross it now and spoils a little the view. 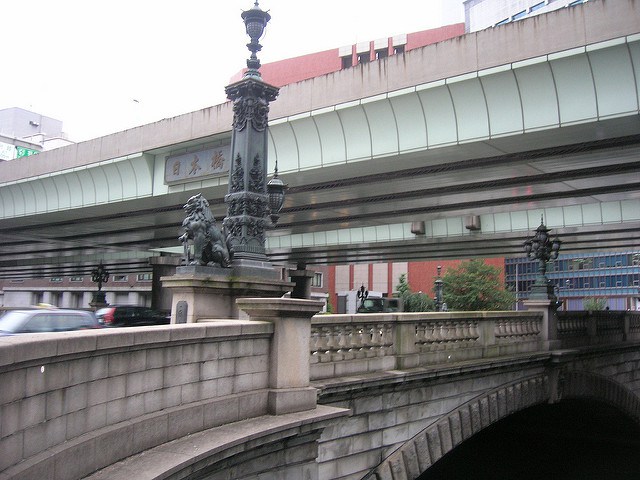 You’ve survived an earthquake? Bamf, eats up that highway!

We continue with plenty of postcards depicting beautiful places in the Japanese capital city. 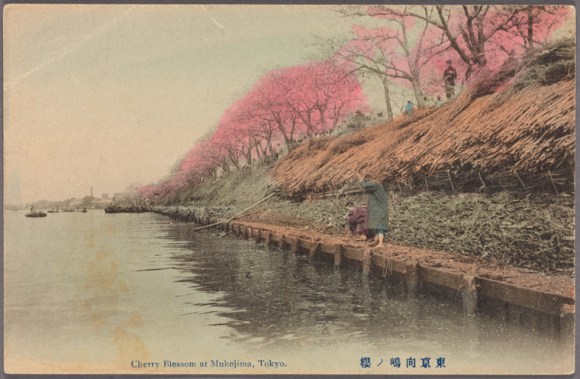 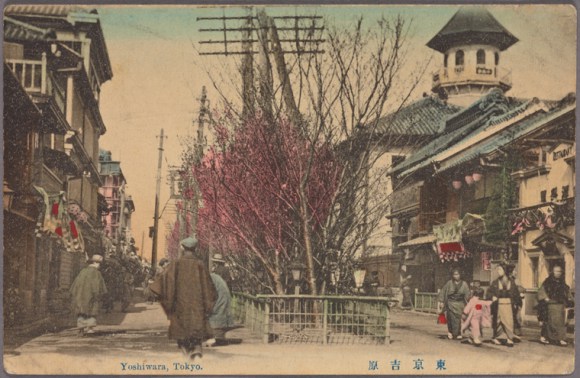 The Yoshiwara district before 1916.

The Yoshiwara district was known for its brothels. At the time when this postcard was produced, thousands of prostitutes lived there.

Opened in 1853, the Hanayashiki park is believed to be the oldest amusement park in Japan. And it still exists today! 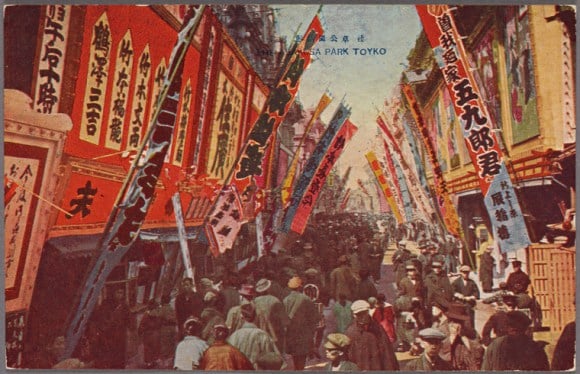 Asakusa was filled with dozens of cinemas. After an earthquake and several bombings, the area has become considerably less fun. But since it became a must seen neighborhood for tourists traveling in Tokyo. 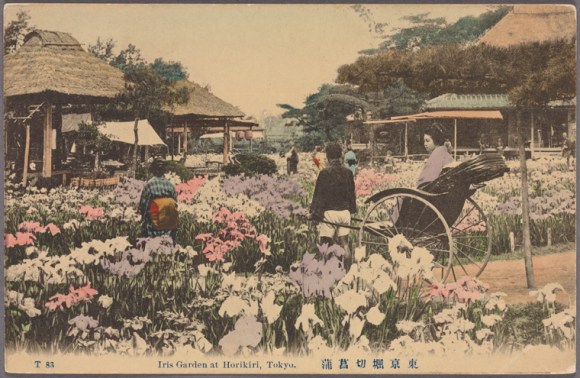 The city of Katsushika in Tokyo prefecture.

Poscards of Yokohama in the early twentieth century

Yokohama city has played a major role in the westernization and the opening of Japan to international trade. Many Europeans and Americans lived there in the late nineteenth and early twentieth centuries, which certainly explains why many postcards of the city have survived until today.

Yeah… It’s always nice to receive news of your relatives when they live on the other side of the planet, especially when Internet still does not exist.

Quite a climb in Yokohama City.

There is too much technology in this street! In the early twentieth century, Yokohama was already connected to the telegraph network, and people of the city was already strolling in western outfits. Apart from two or three skycrapers, nothing has really changed there … 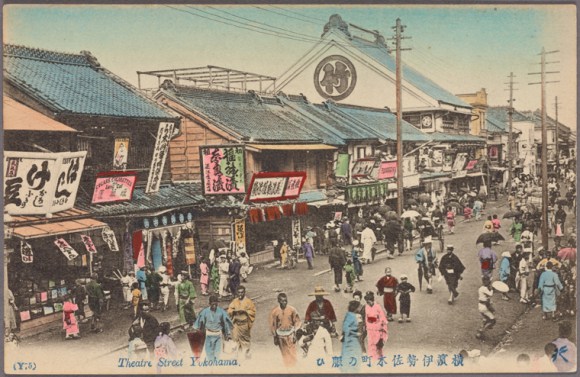 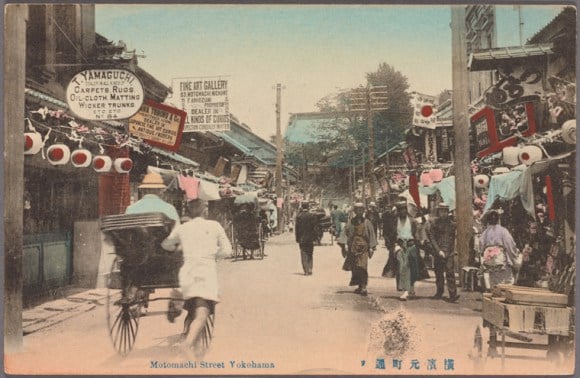 You’re not dreaming, the signs are written in English. Let’s see another photo of the street, a few years later. 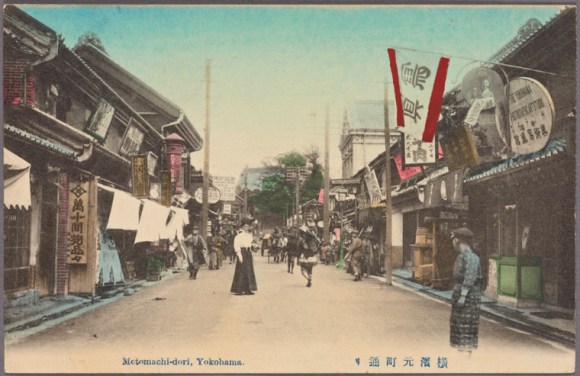 Today, Motomachi-Dori street is still a place where restaurants and shops line up.

I hope all those postcards leave you dreamy and nostalgic of a period you have unfortunately not known.