The Beatcafe is an underground but cozy gaijin bar in the Dogenzaka district near Shibuya station.

If I say “gaijin bar in Shibuya”, you immediately think of Irish pubs or the Gaspanic of this neighborhood. If I say that we are going to Dogenzaka, you imagine I will bring you in one of the many love hotels in the area. Well, you are wrong!

The Beatcafe, contrary to what its name implies, is a bar where you can listen to good music from the 80’s and 90’s, while drinking beer with friends. It deserves to be called “Gaijin Bar” because Japanese customers are a minority here. The foreigners of the area go there in group of friends, and some of them are made of regular customers. 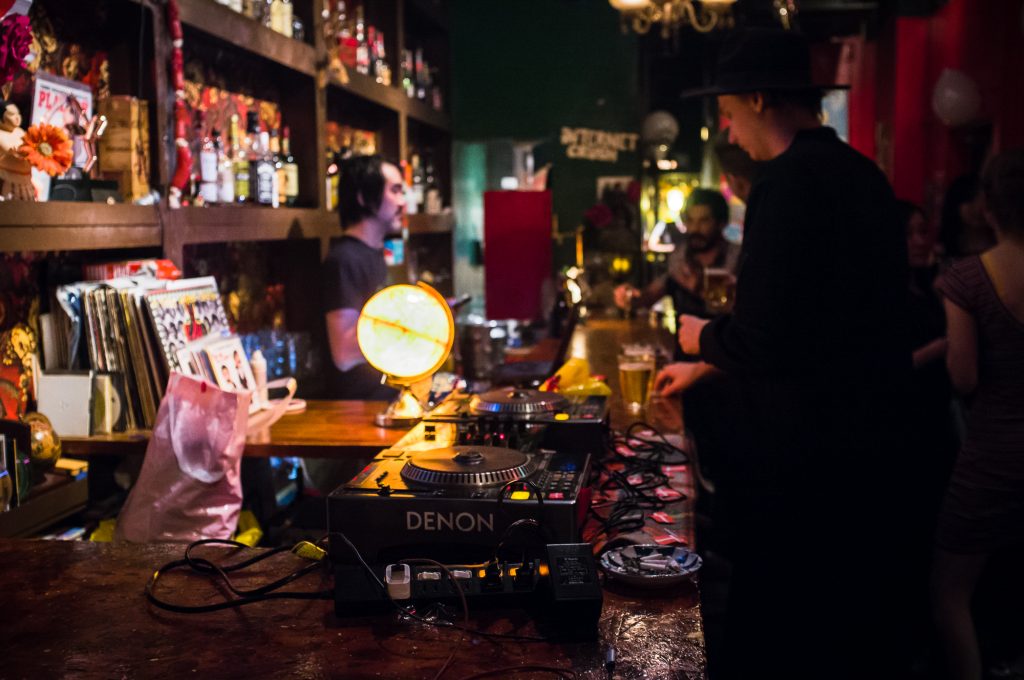 If I were you, I will not touch these turntables …

The bar decoration is pretty funny. Playboy magazines loiter behind the bottles in the bar, which are themselves stow among souvenirs from murky places and times. At the back of the room,hunting trophies are adorned with pop goodies, which reminds the Tokyo club Trump Room,but ina cheap version. This cheesy side is fully assumed as several TVs broadcast Lionel Richie or Rick Astley music videos.This is also where I discovered that VH1still existed… 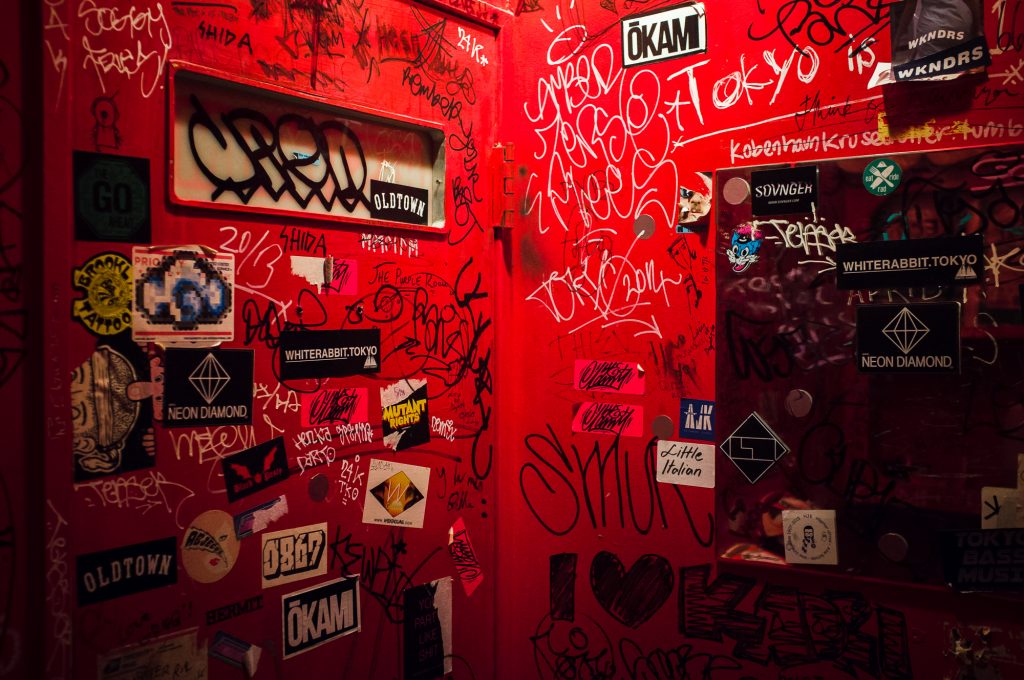 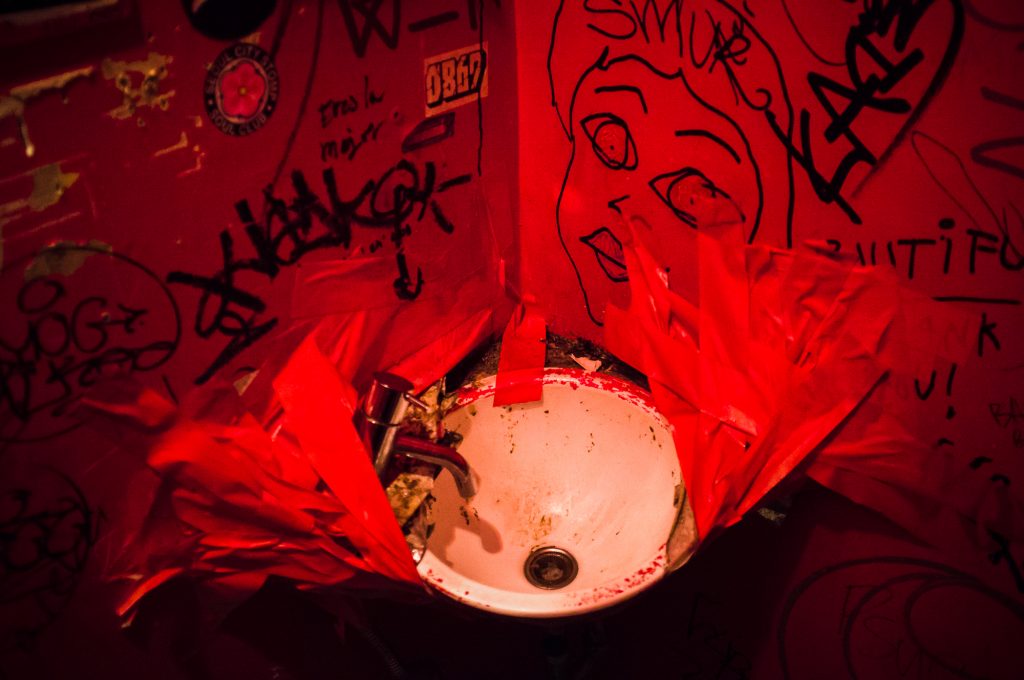 I can not end this article without mentioning the toilets of the bar, which are supernatural. The sink, the faucet on the sink, the lightings… Everything is taped! It makes a perfect horror movie atmosphere.

What we thought of the Beatcafe

The Beatcafe is perfect for a beer at night with friends. You can definitely choose this place for a before of one of your club nights, because the bar is near Shibuya famous clubs such as Womb or Sound Vision.

How to get to the Beatcafe?

The Beatcafe is in the middle of Dongenzaka district, which is famous for its dozens of love hotels. It is located in the basement of a building that is just in front of one of these institutions dedicated to physical pleasures.

The nearest station to get there is Shibuya.