Atago Jinja: the shrine atop the highest hill in Tokyo

Atago Jinja: the shrine atop the highest hill in Tokyo

Atago Jinja is a Shinto shrine on the top of a hill in the Minato district. This shrine in the heart of Tokyo is known for its long stairs that bring good luck to those who climb them.

This shrine was built by Tokugawa Ieyasu, the last unifier of Japan, in 1603. Atago Jinja is therefore almost as old as Tokyo. Also, it’s one of the most important Shinto shrines of the Japanese capital city, with Meiji Jingu and Hie Jinja. 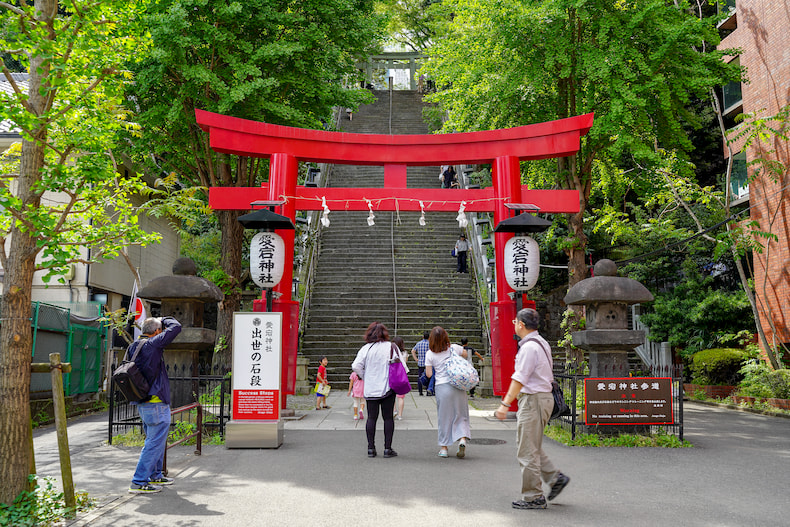 The torii at the entrance of Atago Jinja. Photo by Michael da Silva Paternoster for Nipponrama.

My review of Atago Jinja 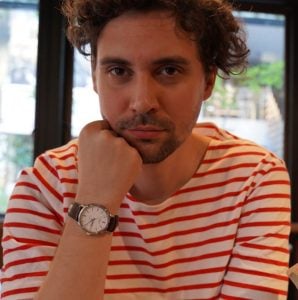 I'm Michaël, your guide in Japan

I’m Michaël, a French living in Tokyo since 2016. I share my travel recommendations to Japan and tips to live in this country on my blog, Nipponrama.

This small shrine is a refreshing stop in a city that never sleeps. I always feel like I’m in the middle of a forest as soon as I climb the stairs to Atago Jinja. The surrounding greenery makes me forget that I’m actually in Minato, one of the most crowded districts of Tokyo.

I advise you to make a detour to this shrine if you visit Zojoji. It takes only a few minutes walk to find yourself at the top of this sacred hill. On the way, you can also stop at Seishoji, a calm Zen temple.

The steps leading to success

Atago Jinja is on top of a hill. You’ll have to climb 86 steps to reach this shrine hanged in a green island drowned in the city. A myth tells that climbing the 26 meters of stairs will ensure your success in life. 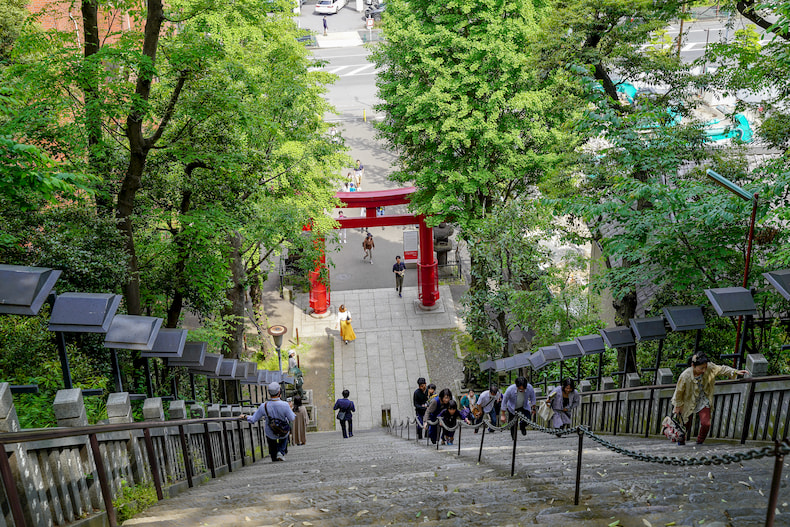 This legend comes from a historical fact. A samurai named Heihachiro Magaki reportedly climbed and went down the stairs of Atago Jinja on horseback to bring plum blossoms to Lord Tokugawa Mitsukuni. If the ascent had taken only one minute, the way down would have lasted 45 minutes. The horse would have come out exhausted from this hard ordeal.

It’s true that this task is challenging. I must admit that the first time I took these stairs I had to take a break and I’m not an old man yet.

Today, many employees of large companies with offices in Toranomon business districts regularly climb the shrine steps to ensure their good fortune.

A shrine that honors Homusubi no Mikoto

Like the other eponymous sanctuaries located in Kyoto and Fukuoka, this shrine in the heart of the district of Minato is dedicated to Homusubi no Mikoto. This deity is the protector of fire in Shinto worship.

Tokugawa Ieyasu reportedly requested the construction of this temple to protect Edo, the capital city he founded, against fire. Indeed, uncontrolled conflagrations were the greatest danger for Japanese cities, because most of whose buildings were built in wood. 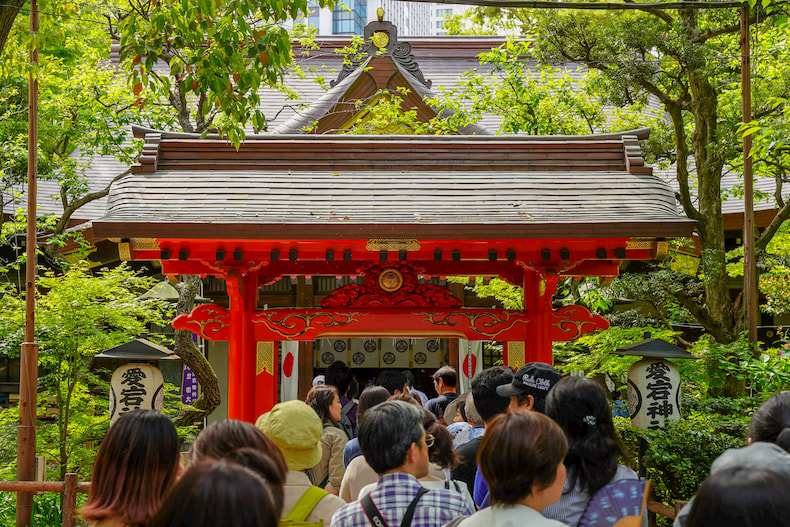 This place was not chosen by chance. Atago Hill was already an observation point with a clear view on Edo. So clear that you could see Mount Fuji. Today it’s no longer possible since the skyscrapers obstruct the view. Therefore, this place, which is the highest natural point of Tokyo, was perfect for spotting the fires in the new capital city of Japan. 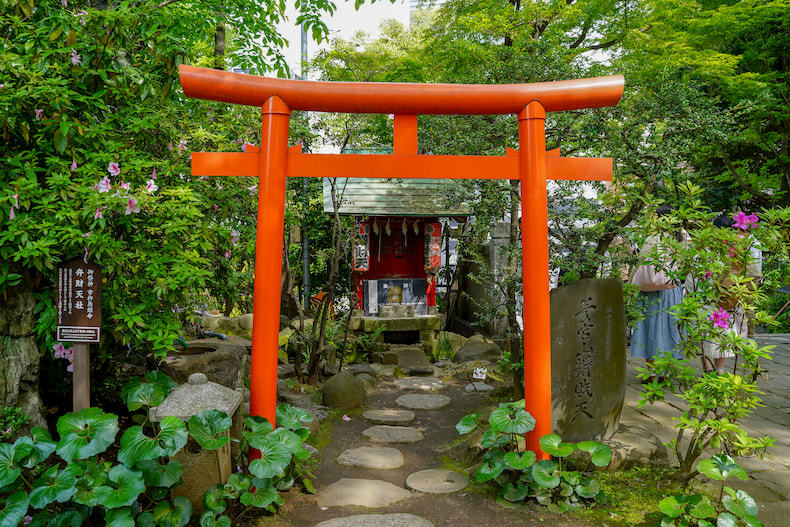 The altar in honor of Benzaiten at Atago Jinja. Photo by Michael da Silva Paternoster for Nipponrama.

It only takes ten minutes to visit this small shrine.

How to reach Atago Jinja

Map to get to Atago Shrine

Find the shortest route to Atago Hill with Google Maps.

You can easily get to Atago Jinja by taking the Tokyo subway. The nearest stations are Kamiyacho, on the Hibiya line, and Onarimon, on the Mita line.