The Akasaka Palace is a neo-baroque style castle located in Tokyo. It was originally built as the residence of the crown prince and his family, but now it hosts foreigner heads of state visiting Japan.

The Akasaka Palace, also known as the State Guest House, is an official residence of the Japanese gouvernment. This castle was built in 1909 and was used as the residence of the crown prince until 1945. The palace welcomes heads of state on official visits in Japan since 1974.

The palace was designed by Japanese architect Katayama Tokuma. Its main building was built between 1899 and 1909. This castle is the only neo-baroque style structure in Japan. 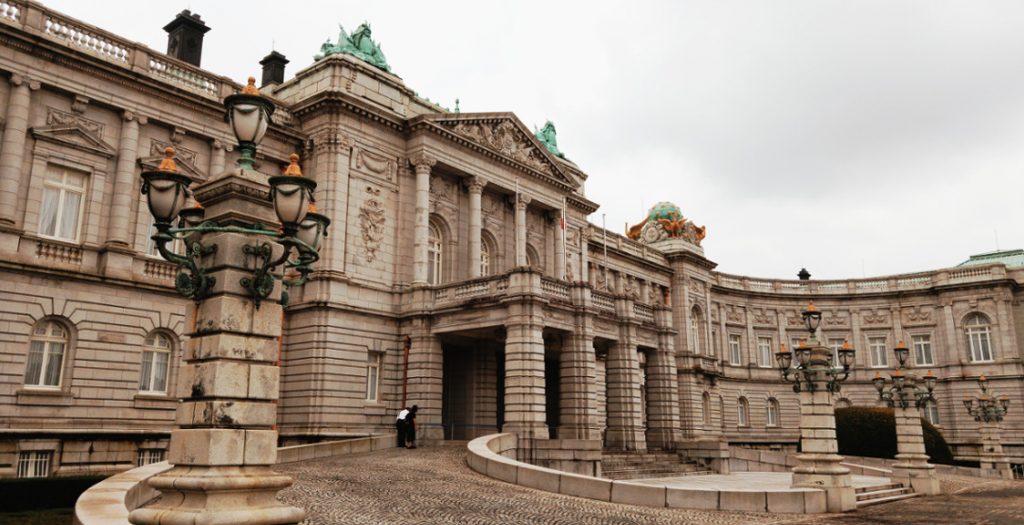 You can see the samurai armor statues on the roof.

Despire its European inspiration, many typical Japanese elements adorn this building: the coat of arms of the Imperial family are affixed everywhere around the structure, and statues of peacocks and samurai armors decorate the roof of the palace.

What we thought of Akasaka Palace

The Palace Gardens visit is free. You can admire the architecture of the European-inspired building from there, but you will not have the chance to see inside. It is a shame. 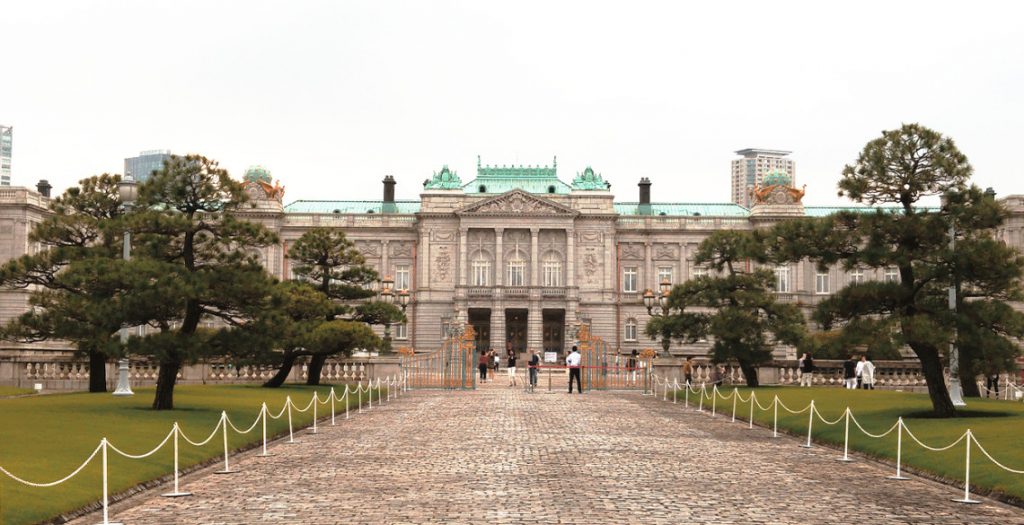 View on the Akasaka Palace from its gardens.

It is mainly for this reason that the visit of this palace does not deserves a detour. Our advice would be to go to the State Guest House only if you are nearby. Otherwise, keep your tourist activities in Shibuya or Shinjuku, it is more fun.

How to get to Akasaka Palace

The Akasaka Palace is located in the northern part of the Minato Ward. The wards of Shinjuku and Chiyoda are only steps away.

The nearest train station is Yotsuya. Many lines stop there:

Shinanomachi and Asakasamitsue stations are not very far, but you will have to walk a bit before seeing the guest house.